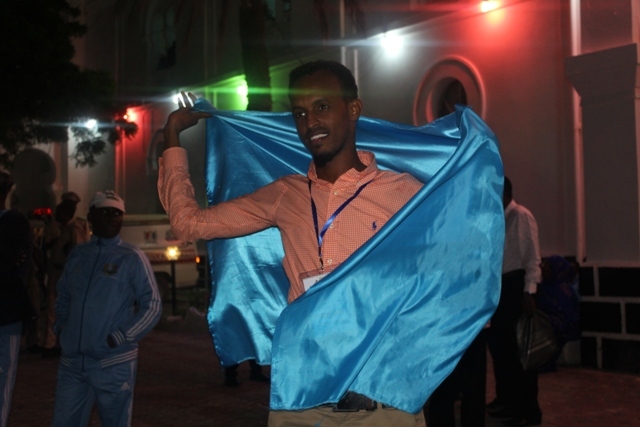 Somalia is marking 56 years of the independence Thursday.

The celebrations began Friday night with a ceremony at the Officcio Governo (government seat), a building that currently houses the municipal council of the capital Mogadishu.

The Somali flag, with its distinctive five-point white star on a blue background, was raised at midnight to mark the occasion.

The merger of the two regions marked the birth of the Republic of Somalia on July 1, 1960.

President Hassan Sheikh Mohamoud, Deputy Prime Minister Mohamed Omar Arte and a galaxy of ministers, legislators and government officials were among the huge crowd that defied the evening chill to commemorate the independence day.

The night celebrations were replicated across the country.

President Mohamoud promised that his government would strive to maintain Somalia’s unity.

Somalia has endured years of dictatorship, decades of civil war and political splits, including the separatist Somaliland declaring independence from the rest of Somalia in May 1991.