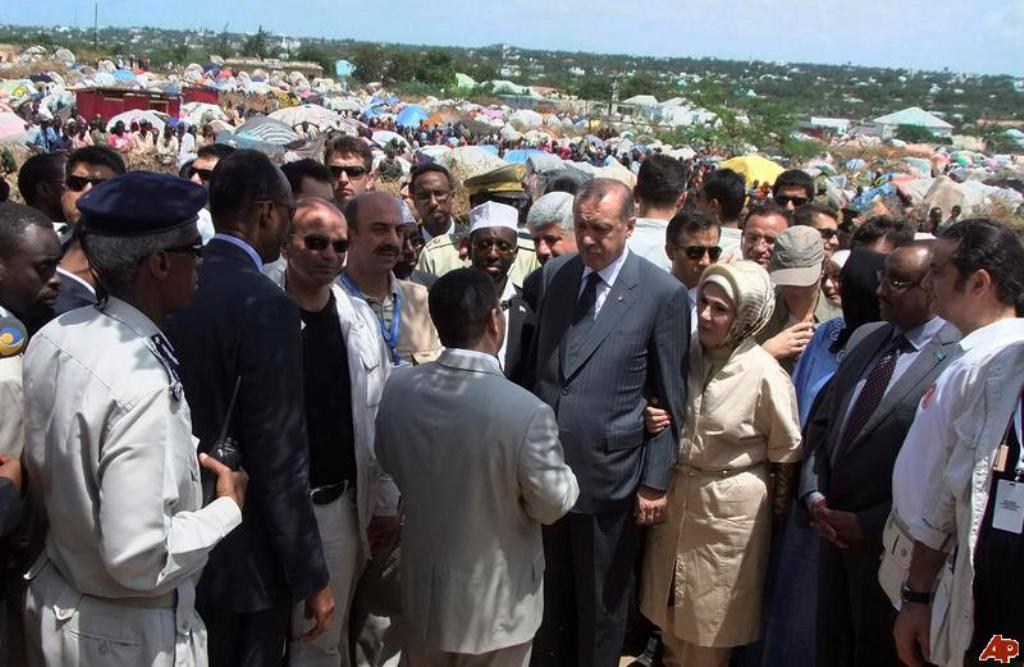 Djibouti (HAN) August 13, 2014 – Regional defense and security news. The regional Voices from the Horn of African capitals: The Turkish election and Erdogan presidency. It’s true that Erdogan leadership has been successful on the Somali capitals peace process and Somalia diaspora hope to return Somali soil through Turkish Airlines direct flight from Europe to Mogadishu. Erdogan is the only European and Islamic world leader who has been powerful enough to make progress in Somali crisis. His presidency will determined on the final security issues in Somalia.

Erdogan leadership has put Turkey in a much better position in the world. He has brought Turkey back to its real essence, its Ottoman history. It’s a republic, yes, but it has Ottoman roots and he’s re-establishing it’s connections. He’s not just working for his own will, or for power and profit.

The President said: “I congratulate the outgoing Prime Minister of Turkey, Recep Tayyip Erdogan on his election as the new President of Turkey. This is an historic vote and we know how important this vote is for Turkish politics and our friends, the Turkish people.”

Hassan Sheikh, Somali President continued: “Turkey has been supporting Somalia in terms of humanitarian assistance, business, infrastructure, development and many other areas. Over the years an excellent relationship has developed between the two countries and the Somali Gov’t and the Somali people are thankful for Turkey’s support. We look forward to many more years of friendship and mutual cooperation.

HE the President concluded: “I look forward to working with President Erdogan and the Turkish people as we build a new Somalia.”

Djiboutian President Ismail Omar Guelleh said in a congratulatory cable to Erdogan that Turkey had always been a friend of Africa.

“Turkey and Djibouti maintain special relations, which have been taken to a new height,” Guelleh asserted.

“During his [Erdogan’s] term as prime minister, relations between Ethiopia and Turkey were nothing short of excellent,” Getachew Reda, a special adviser to the Ethiopian prime minister, told Anadolu Agency on Monday.

He described Erdogan’s electoral victory as a “mandate” given to him by the Turkish people.

Reda added that, under Erdogan, relations between Ethiopia and Turkey had been stepped up from mere cooperation to a genuine partnership.

The two countries currently cooperate in several fields, including business and investment, he said, going on to describe Turkish investment in Ethiopia as “exemplary.”

An outgoing prime minister, Erdogan was elected president on Sunday by an outright majority, securing 51.96 percent of the vote, according to unofficial tallies.

Without providing exact numbers, Turkey’s Supreme Election Board confirmed late Sunday that Erdogan had won the poll outright, eliminating the need for a run-off vote that had been scheduled for August 24.

Erdogan, who was elected to a five-year presidential term, will take over the post from outgoing president Abdullah Gul.

Sudan: President of the Republic, Omar Hassan Al Bashir received a telephone call from Turkey’s Prime Minister, Recep Tayyip Erdogan thanking Al-Bashir for his congratulations on his recent victory in the Turkish elections.

Erdogan also asked about the President’s health following his recent second knee surgery and was reassured by Al-Bashir.

The two leaders discussed the countries developing relationship and the current regional and international affairs.