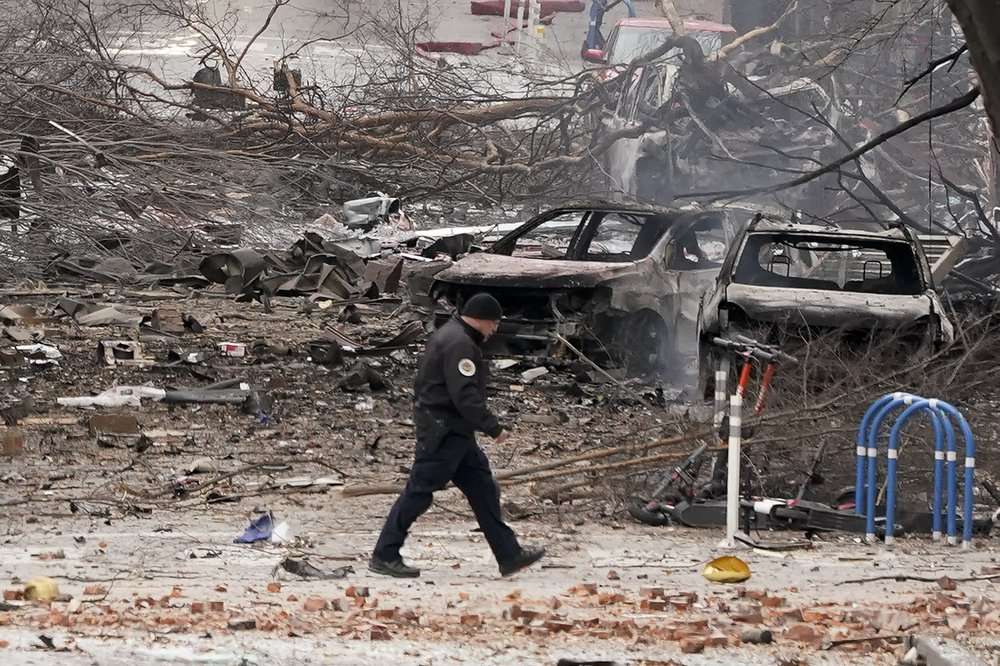 When the RV exploded, it shattered windows and sent flaming pieces of debris through the air, damaging several buildings in Nashville, while similarly to Soobe junction explosion in Mogadishu, Somalia in 2017,  explosions went off in a busy junction called Soobe in the heart of City’s largest Market and a crowded place for local vendors, street sellers, restaurants and all types of regular business people.

The explosion remains a mystery in Nashville, but Mayor John Cooper on Friday said the blast was caused by a “deliberate bomb.” video clips showed storefronts shattered, rubble littering the street and multiple fires sending black smoke into the sky.

Meanwhile, in Somalia, memory event remains, the most powerful blast Mogadishu residences  they had ever heard in Somalia in 2017.

A huge explosion from a truck bomb killed more than 900  and injuring more than 500  people in Mogadishu, Somalia. Geeska Afrika Online reporter said,  Somali residents called it was the most powerful blast they’d heard in Somalia in years.

The explosion appeared to target a hotel on a busy road in Hodan district. Somali Police said people were trapped in the rubble of the Safari Hotel, which was largely destroyed in the explosion. The hotel is close to Somalia’s foreign ministry. A check point in  Mogadishu, a city scarred by decades of conflict and eplosions, traffic is often clogged at the Soobe Junction, where heavily armed security forces check vehicles for explosives and weapons and other officers direct traffic.

Another event again in Somalia last month, a huge blast went off in Mogadishu on November 27, 2020, killing at least seven people another 10 people had been wounded, hours after U.S. acting Secretary of Defense Christopher Miller made an unannounced visit to the Somali capital.