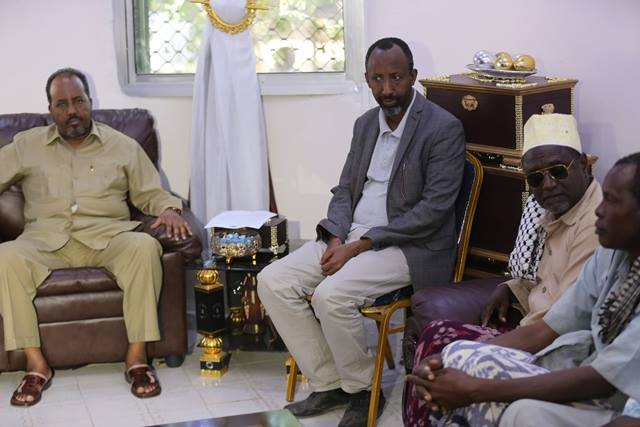 In line of the Villa Somalia strategy and the vision of the president’s dialogue behind closed-door with the leaders in Beledweyne, the regional elders have agreed to go to Jowhar, according to the president’s strategy, the host city of the upcoming regional state formation conference. According to the realable sources and the Mr. Badal Jama Hersi, which ruled out any disagreement between the president and Hiiraan elders during Beledweyne talks over Jowhar conference.

The Federal Somali president returned to Mogadishu after paying two-day visit to Beledweyne and hiiraan districts, to make sure the endorsement of Hiiraan’s elders and politicians to the participation of Jowhar meeting next month, to elect regional president.