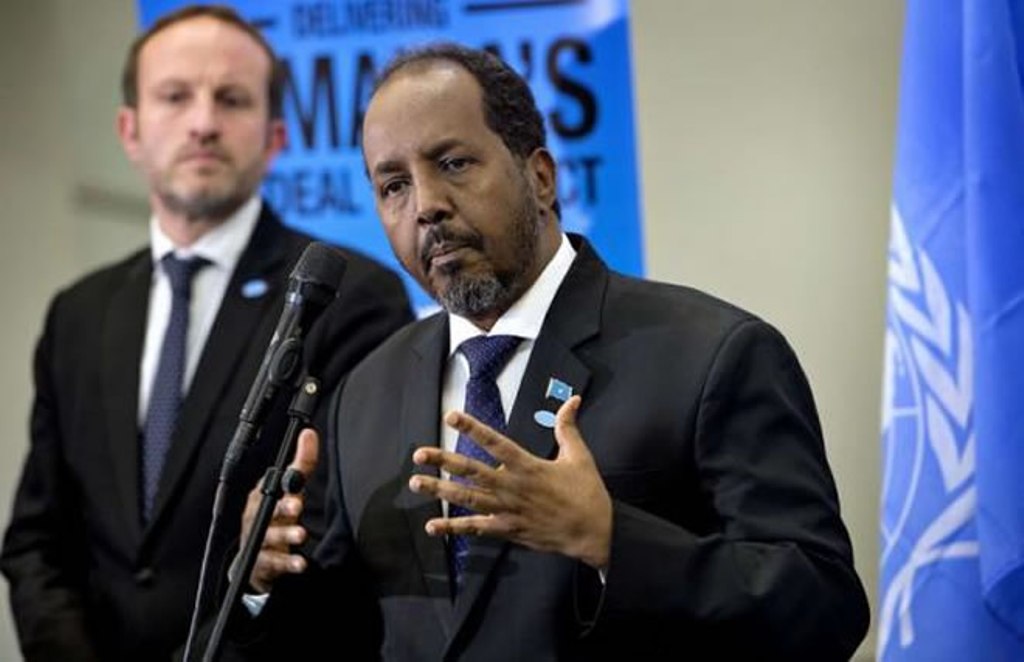 Mogadishu (HAN) November 21, 2014 – Public diplomacy and Regional Security and safety news. The Somali president said achieving the goals set out in Vision 2016 remained a top priority for the current government. The possible solution for the current political stand-off, Ambassador Kay noted that all Somali government institutions should take part in bringing a mechanism to resolve the security  crisis and more important to get avoid from such crisis between the current date and until 2016.

The European and International envoys attended Denmark Forum, Praises that President Hassan Sheikh Mohamud’s government has charted many successes since the 2013 New Deal conference on Somalia, including the appointment of state formation committees for the Central and South-western state administrations.

The Denmark Forum communiqué urged the Somali government to establish an Inter-regional Consultative Forum, to complete the constitutional review process in a timely manner, and to establish the National Independent Electoral Commission and the Boundaries and Federation Commission.

The Somali cabinet approved legislation on the two commissions this week, which will go to parliament for approval next week, if agreed both parties.

The Denmark Forum communiqué also praised progress in fighting al-Shabaab, combating piracy, and upholding the rule of law, though it also reflected stakeholders’ concerns over the political feud between the president and Prime Minister Abdiweli Sheikh Ahmed.

“Overall, Somalia is in a better state than it has been in a generation,” said United Nations Under-Secretary-General for Political Affairs Jeffrey Feltman.

“Of course this does not mean plain sailing,” he said, adding that “some of Somalia’s old shadows still haunt us”.

“The compact we will renew today remains the right tool to marshal our efforts for long-term peace and development,” Feltman said. “Much more needs to be done. But international economic investment is already significant and growing.”

During his keynote address at the conference, Mohamud said achieving the goals set out in Vision 2016 remained a top priority for his government.

“We must enlarge our focus on delivering improvements that impact the lives of Somalis,” he said. “This means we must ensure the roll-out of stabilisation initiatives that connect the government to citizens, defeat al-Shabaab, root out corruption, build mechanisms to capture revenue that is then used to provide schools for our children, create jobs for our young people [and] ensure healthcare for our families.”