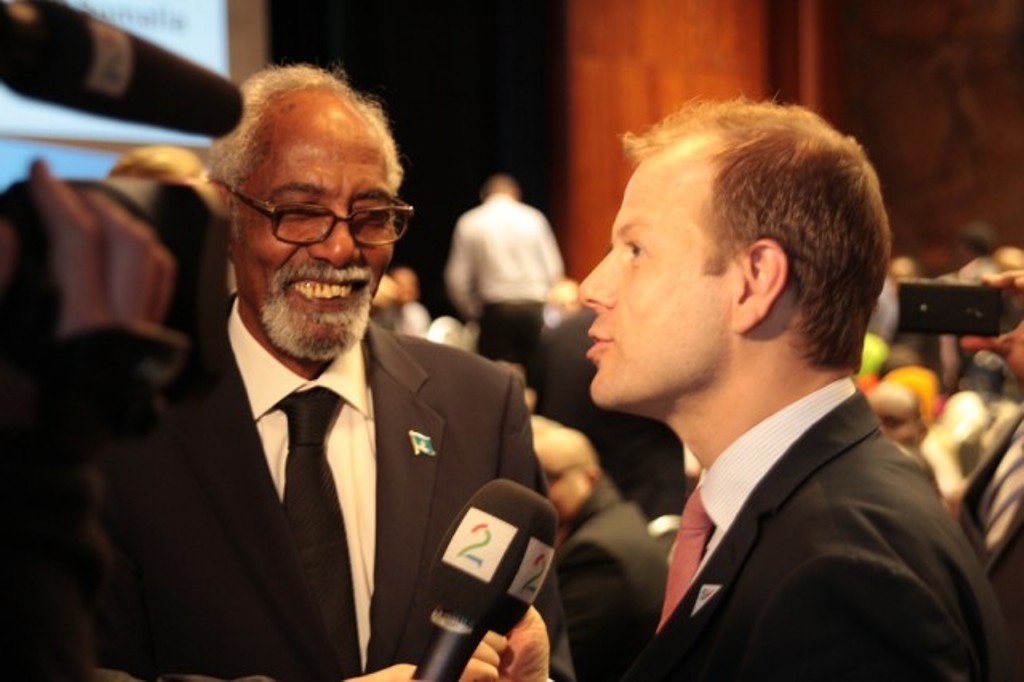 Mogadishu (HAN) November 12, 2014 – Public diplomacy and Regional Security and safety news. By. Faisal Robe. After one of the ugliest in fights between President Hassan and his PM, Abdiwel Ahmed, an in fight that dragged the UN envoy to Somalia into the mud fight, not to mentioned how fast donors are pulling out their commitment to the Copenhagen “New Deal Conference,” and that the Somali community is highly divided on this matter in a manner that may erode all gains so far registered, there is no other way to move forward but to consider doing the following:

(1) Move the date of the Copenhagen conference to February’s end to get three months cooling period and to have major donors re-enlist their participation.
(2) Have the Somali regional governments and the seating legislative body, with a tacit assistance by the International community, consider the formation of a caretaker government so that the country can stay course until 2016.

(3) Given the ugly bloodletting going in Villa Somalia and massive corruption permeating at all levels of the government, the “New Deal” for Somalia is more and more looking like the proverbial “fox watching the chicken.” Revising the timing

of the “New Deal” and identifying the most opportune time so that the optimal benefit is realized by the Somali people is not only a prudent public policy but a moral responsibility to safeguard the integrity of donor hands.