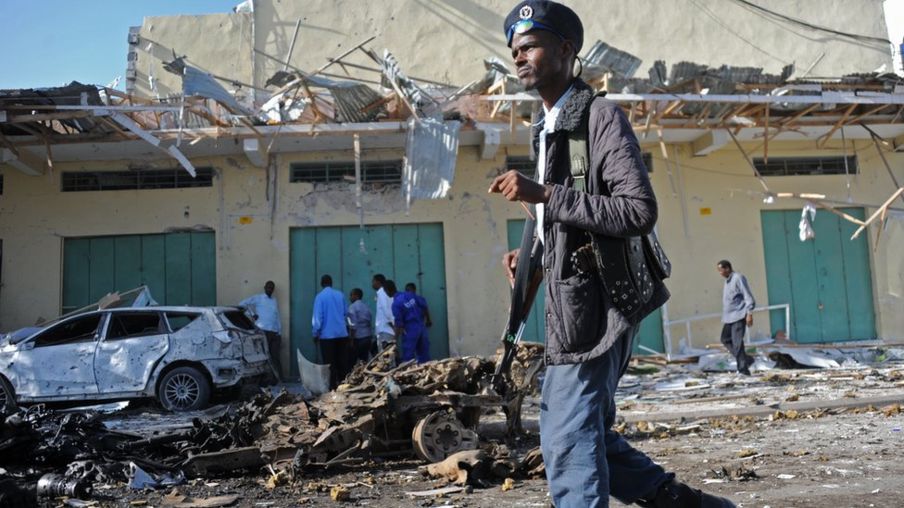 MOGADISHU (HAN) December 21, 2015 – Public Diplomacy and Regional Stability Initiatives News. Three people have been killed in a gun and bomb attack in the Somali capital Mogadishu. Witnesses told the BBC that gunmen opened fire and detonated the bomb on a busy main road. Many others were injured, most of them civilians.

It is not clear who was behind the blast, but the Islamist militant group al-Shabab has carried out several attacks on the same road in the past few weeks. Witnesses said Saturday’s attack began when gunmen opened fire on a Somali government official’s car, sparking a gun battle with his security escort.

“There was a drive-by shooting attack… then a car loaded with explosives was detonated after police reinforcements arrived,” a police official told AFP. “The gunmen riding in a car attacked the official and there was [an] exchange of gunfire… then there was a huge blast,” said Abdi Mudey, who was near the scene.

Witnesses described seeing part of a supermarket and several cars destroyed by the blast. Husayn Ali Wehliye, a regional governor, escaped with minor injuries, local media reported. Al-Shabab ruled much of Somalia until 2011, when it was driven out of Mogadishu by African and Somali troops. Source: bbc