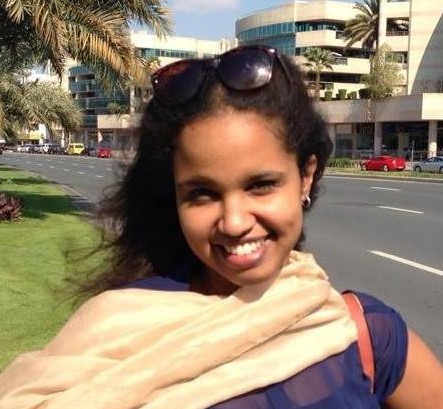 London (HAN), March 23, 2014 – It is not everyday that UK Somali journalists meet in London to discuss a law in Somalia – a country known for its lawlessness and for being the epitome of a failed state. But this is not any law, but a law which could potentially be a pillar for democratic progress in Somalia.

Somalia’s new draft media law has come under much criticism by Somali journalists and international agencies such as the United Nations Human Rights office. They argue it is vague, violates freedom of expression and curbs freedom of press. For instance, the law stipulates that journalists cannot release information against Somali or ‘Islamic tradition’ and would be forced to disclose sources if publications stir up public sentiments. Nor does it comprehensively address safety and the protection of journalists.

Last year the Somali Ministry of Information opened up a public consultation on the new draft media law following this criticism. It was an opportunity for stakeholders within the media to give their comments and recommendations about the new law. Consultations took place in Somalia, Kenya and the UK, marking a serious step towards greater transparency and collaboration with civil society by the newly formed Somali Federal government.

There is a strong and vibrant media sector in Somalia with an avid audience of news consumers. Somalia is arguably one of the most media literate of African states. However, this success has been threatened by the perpetual killing of its journalists. According to the Committee to Protect Journalists, since 1992 over 50 Somali journalists were reported killed, making Somalia one the most dangerous places in the world to practice journalism.

Prior to the overthrow of the Siad Barre regime in 1991, the government controlled all domestic publications and broadcasting outlets. With the advent of global communication technologies, media in Somalia grew tremendously, particularly radio and news sites. The Somali diaspora were greatly responsible for the opening of independently owned media stations, and to this day a quarter of radio stations in the country are diaspora owned.

At the same time, diaspora-led media outlets headquartered in for instance London, Amsterdam or Kenya supply media content about Somalia to Somalia, operate in the Somali language and are very popular in Somali cities. Such television, radio and news sites possess their own correspondents and/or small production services that technically may need to operate under Somali media law.

Despite geographical distance, the diaspora have always maintained strong political, economic and cultural links with their homeland. They often acquire government and political party positions, use diaspora media to exert their political and cultural influence and send remittances worth an estimated US$2 billions or one-third of the country’s GDP.

The diaspora and their media have therefore become part of a transnational community, and as a consequence diaspora journalists worry the Somali government may not recognize their unique stake and voice in Somali media reform.

The development agency ‘Integrity Research and Consultancy’ identified the need for the Somali government to hear UK-Somali journalists’ recommendations about the law. A five-week consultation entitled ‘Xog-Sugan’, a shortening of the phrase ‘Xog saxaafadeed u heelan garsoor aaminsan nabad’, which means ‘informed and accurate media that reinforces peaceful governance’ was launched in October 2013 and the findings came out last week.

The consultation was led by Somali researchers, and involved interviews, peer-led focus groups, video interviews and an online forum, with a mix of veteran male and female journalists, working journalists and young budding journalists. Some interesting recommendations and comments were made, a few of which I will share and comment on here.

Perhaps the most controversial aspect of the law is the stipulation that journalists cannot publish or broadcast information against Somali or Islamic tradition. UK Somali journalists voiced how religion and culture guided them personally and professionally in regards to ethical standards. For instance, in Islam one must be truthful and not take part in bribery, so many felt that greater adherence to Islam could positively impact the media environment. At the same time they acknowledged that international freedom of expression and press freedom standards should be upheld, including the right to protect sources.

The guarantee of protection for journalists in the new law was a prime recommendation. In 2012 alone over a dozen Somali journalists were killed, largely without any action taken against their killers. This includes diaspora journalists who have fled and traveled back to the country to undertake their work permanently, or visit frequently as correspondents. UK Somali journalists are making a clear call to end this culture of impunity towards the killing of Somali journalists.

The need to train government actors, regional authorities and law enforcement to better understand the role of media in development and governance was another concern. Journalists working for government-run media outlets are often seen as an arm of the government and thus a target for opposition groups. Independently owned media outlets are susceptible to producing partisan clan-based media content, and the common acceptance of bribes in the sector creates great barriers to ethical journalism.

However, after two decades of conflict, economic instability and widespread poverty, such a media landscape should be expected. Veteran Somali journalists highlighted the fact that the Somali civil war caused the exodus of the country’s prominent journalists and with them went high ethical and journalistic standards. The journalists also identified a need for constraints on media such as curbing hate speech given the post-conflict environment.

Furthermore, current Somali journalists are often not professionally qualified, and enter the field simply for paid work given the lack of other job opportunities in the country. Many produce poor quality work, enjoy no employment rights and are generally below the age of 30. The Somali government, it was suggested, needs to work with media owners and universities to give budding journalists access to professional training, through for instance skill exchange programmes with the diaspora.

The recommendations of UK Somali journalists, and comments about the new draft media law will hopefully foster greater dialogue with their homeland government. The creation of Somali media law is a positive step towards the re-establishment of media ethics and standards, and the safety and freedom this provides journalists.

As a Somali myself this consultation shows UK Somalis accepting that for most of us our dream of returning to Somalia will not come anytime soon. Thus we must work in these new ways to influence and contribute to our homeland right here from Britain. Source: African Arguments

Contributed, By Annisa Omar
—
HAN & Geeska Afrika Online (1985-2014), The oldest free independent Free Press in the region, brings together top journalists from across the Horn of Africa. Including Ethiopia, Somalia, Eritrea, Sudan, Djibouti, South Sudan, Uganda, Kenya, Oromo, Amhara, Somali, Afar and Harari. Plus, we have daily translations from 150 major news organizations in the Middle East and East African regions. Contact at news@geeskaafrika.com