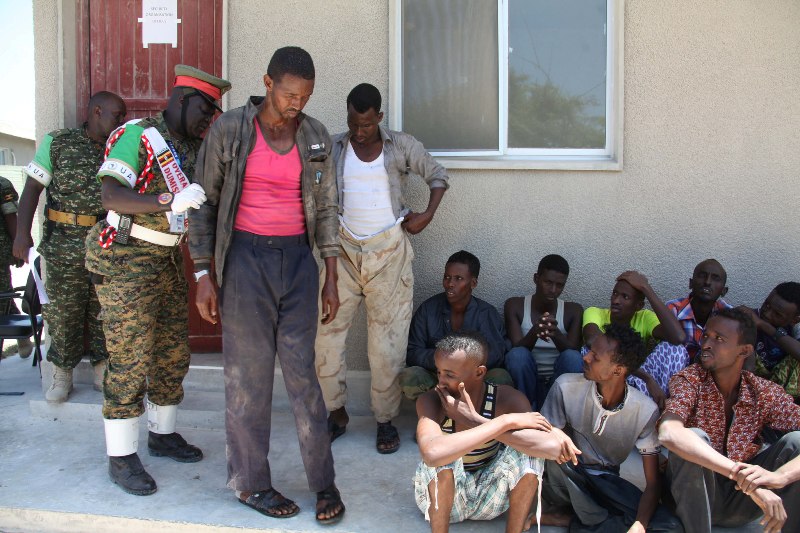 Mogadishu (HAN) August 18, 2014 – Somalia National Security news. The Somali National Army and the African Union Mission in Somalia (AMISOM) will within the next few days launch the final attack to smoke-out Al-Shabaab insurgents from the areas they control in southern Somalia, special their main headquarters in Barawe, the Somali President Hassan Sheikh Mohamoud said today.

The Somali National Army (SNA) and the African Union Mission in Somalia (AMISOM) will within the next few days launch the final assault to smoke-out Al Shabaab insurgents from the areas they control in some parts of the country, the Somali President Hassan Sheikh Mohamoud said today.

Wanyoto-Mutende said AMISOM had put in place a four-point plan to ensure that all the liberated areas realised peace dividends through the establishment of interim administrations, infrastructure development and access to food, water and medication.

“ We have a plan of what we are calling quick impact projects and we have four main areas when areas are recovered we have interim administration, supported with water for the community, they are supported with access roads for food and humanitarian support, they are supported with schools, our children need to go to school and we should have fields around the schools to help them play football and feel part of the community and the schools will also be gathering centers for the community, mobilization and barazas for the new interim administration and of course we need hospitals, we are looking at having some shelters and health center, level two hospitals for both our troops and also our community, so we want to thank His Excellency for his leadership in today’s coordination meeting and be able to move in that direction. “

Somalia President Mohamoud applauded the recent successes by AMISOM and Somali National Army to rid Mogadishu of arms caches and for the recovery of thousands of Somali National Army uniforms, which were being clandestinely sold to Al Shabaab elements by private traders.

President Mohamoud said the Somali Federal Cabinet had passed an ordinance to outlaw the sale of illegal arms in the country and to bar the activities of private or clan based militias as their activities were inimical to sustained peace in the country.