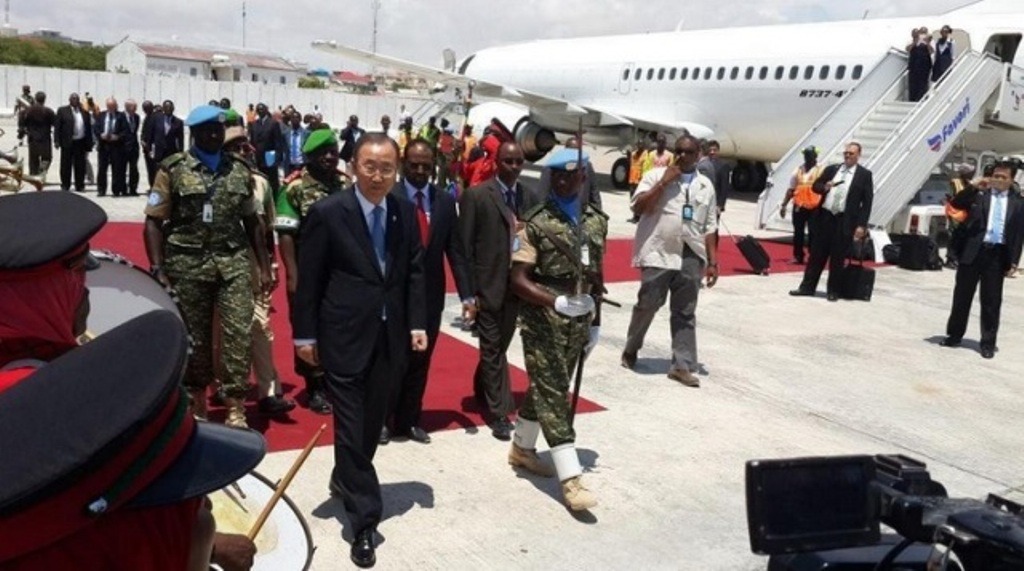 “to regain momentum in the political process and to maintain a close working relationship with the interim regional administrations and emerging federal member states.”

The Spokesperson said that the Secretary-General hailed the outgoing Prime Minister, Abdiweli Sheikh Ahmed, and his government for their sustained efforts to peace building and state building in Somalia. The Spokesperson also added that the Secretary-General called up on all parties to work on prompt establishment of an inclusive Federal Government as “Political leadership is required to deliver the ambitious agenda of peace building and political transformation.”

The UN chief also emphasized to encourage the leaders of Somalia to support their efforts to this end and take bold decisions and actions to avert political crises in the years ahead. The Spokesperson said that the Secretary-General recognized “the significant progress made in pushing back Al Shabaab, building a federal state and strengthening institutions.”

The Spokesperson also noted that the Secretary-General underscored: “much still needs to be done before the Federal Government’s mandate expires in September 2016, underlining the UN’s continued support and cooperation.