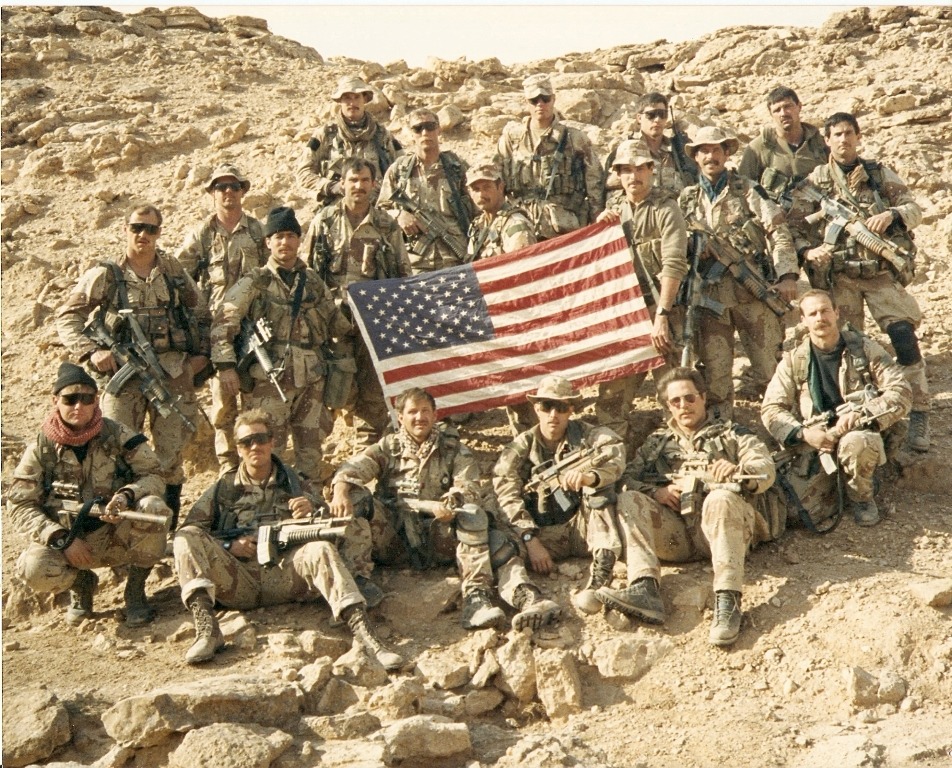 Mogadishu: (HAN) May 27, 2014. By: Michelle Shephard National Security Reporter. For the first time, members of Danab and the CIA-trained Somali intelligence unit known as “Alpha Group,” who agreed to be interviewed on the condition they were not identified, gave detailed accounts of the extent to which the Americans are now involved in training forces in a country from which they fled two decades ago.

“Americans are completely different from the Somalis,” said the recently graduated Danab member. “They study you psychologically. Also, if you tell them you have a goal in mind, they really try to help you reach that goal. Even when we graduated, they gave us a bonus, which was not on the books.”

Tall, lanky, wearing aviator shades, a button-down shirt open over a white undershirt, standing in the punishing morning sun. He is one of Somalia’s U.S.-trained elite fighters.
Few here would know the 23-year-old’s role as part of a new secretive Special Forces unit known as “Danab,” which means lightning. As the name suggests, this small force of Somalia’s National Army is trained to strike with precision, targeting the country’s hot spots and terrorism targets, fashioned after the U.S. Army’s Delta Force or Navy SEALs. Read more on thestar.com:

The Pentagon confirmed to the Toronto Star that there are five U.S. members of a “military co-ordination cell” that was deployed in October 2013.

The Defense Department maintains a small presence in Somalia primarily to co-ordinate U.S. efforts to counter the threat from Al Qaeda and Al-Shabab with related efforts of the international community,” U.S. army Lt. Col. Myles B. Caggins III, wrote in an email to the Star.

Caggins said the State Department “co-ordinates” with the U.S.-funded civilian contractors in the country and acknowledged Danab’s existence when questioned about the new unit.

But along with training, Danab and the Alpha Group, which is known locally as “Gashan,” meaning “the Shield,” the U.S. also gets an important partnership with both Somalia’s army and intelligence wing.

For critics of the program this is seen as an incursion on Somalia’s sovereignty — establishing a two-tier system for the military and security groups. Others praise the co-operation and standards set by foreign forces.

A city within a city has grown in the last four years inside Mogadishu’s protected Oceanside airport compound. Civilian U.S. contractor Bancroft, which was the first to set up base here, is now flanked by compounds for the United Nations, British embassy and European Union advisers.

The Central Intelligence Agency also has a quiet presence here. For the last few years, they have trained and equipped the Alpha Group, the intelligence unit commandos who live in their own fortified compound near the airport.

Mohamud Abdulle, the chief of staff for Somalia’s former prime minister, said in an interview last year that the Alpha Group had become a “fundamental part of Somalia’s security and intelligence architecture” and report to the country’s intelligence force, known as the National Intelligence and Security Agency.

“Its responsibilities include special operations, securing areas and protecting VIPs,” Abdulle said. “In the short time since it was created, Alpha Group has been strikingly successful.”

One intelligence official in Mogadishu with knowledge of the team said there are no more than 150 members, but estimates vary. Some of the members reportedly defected from the Shabab, but the team’s membership is a closely-guarded secret — fighters only appear in public with their faces covered by tan-coloured balaclavas and often with sunglasses and gloves.

Alpha Group also conducts what are known as “snatch and grab” operations — targeting terrorism suspects and interrogating them within the confines of the airport compound.

The most visible security presence in Mogadishu, however, continues to be the African Union peacekeeping mission, comprised of soldiers from Uganda, Burundi, Djibouti, Kenya and Ethiopia. They roam Mogadishu’s recently paved streets in massive Casspirs, South African-made vehicles built to withstand the blasts of improvised explosive devices.

Al Qaeda’s East African group, Al Shabab, may have been pushed from the capital in the summer of 2011, but it remains a threat both within Somalia and beyond its borders. On Friday, one of the group’s leaders threatened to attack Kenya in retribution for their forces in Somalia, saying, “If they kill a Somali girl, we will kill a Kenyan girl.”

And on Saturday, Mogadishu’s parliament was hit in a well-coordinated assault that police said involved car bombs, a suicide bomber and a gun battle that lasted for hours. Police Capt. Mohamed Hussein told The Associated Press that at least seven people were killed, including one of the attackers.

But Al Shabab is not the only threat. Clan and business rivalry is still pervasive in Somalia as well, and while assassinations in the past few years have been blamed on Al Shabab, security officials believe some targeted killings are motivated by personal or financial grievances.

Mogadishu still remains among the world’s most dangerous cities for foreign visitors and government or high-profile security officials.

However, for the average Somali, despite the mayhem Saturday that locked down the capital, in many ways, life in Mogadishu has never been safer in the last two decades.

That would all change if foreign forces were to leave and there is no exit plan yet for the AU mission, known as AMISOM, as the Somali national army and police force are a long way from standing alone.

Houmed noted that basic problems persist, such as paying soldiers on time, which in the past was one of the reasons cited for defections from the army to Al Shabab.

“We will train, we will equip, we will wage war for and with them, but this is their country and they have to hold their own security,” said Houmed. “I think it’s coming.”

Alpha Group, which was among the first responders to Saturday’s attack, was mentioned by name when both the Prime Minister and AMISOM issued statements praising the work of Somalia’s quick reaction forces.

It is unclear how the Alpha Group and Danab will work together — since both are focusing primarily on counterterrorism.

Security and political analysts who have been briefed on Danab say the main training area is 150 kilometres from Mogadishu in Ballidogle, where they have set up a base alongside a Soviet-era airstrip. This will be Danab’s base, where one unit will be housed.

Another group is expected to be based in Galkayo, an area near Somalia’s semi-autonomous Puntland region, and a third in the south, likely Kismayo, where the Shabab long held support.

There are plans, according to the Danab fighter, to train the units in airborne, land and sea combat. “I think you will hear about people with a lot of broken bones,” he joked about upcoming parachute training.

He noted that Danab fighters are also paid promptly by their American trainers, unlike his counterparts in the army.

“When I’m in the field, they’ll pay through the mobile phones so I don’t have to be there in lines. My family can still get the money.”