Home Djibouti Somalia: The terror attacks will not jeopardise security in Djibouti 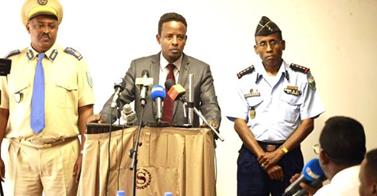 Addis Ababa (HAN) June 2, 2014 – Security news update. The Djibouti city cowardly attack and indiscriminately target innocent civilians, has echoed around the World. They are deliberately intended to prevent development and progress, and they underline the necessity to hunt down and deal with those responsible. Terrorism is an enemy which has no future in the Horn of Africa which is a region dedicated to development and progress. We have made great progress in infrastructure development and in pro-poor policies, achieving much of the Millennium Development Goals, improving people’s access to health, education and other facilities. We will not allow this to be put at risk by such senseless attacks for which there can never be any justification. 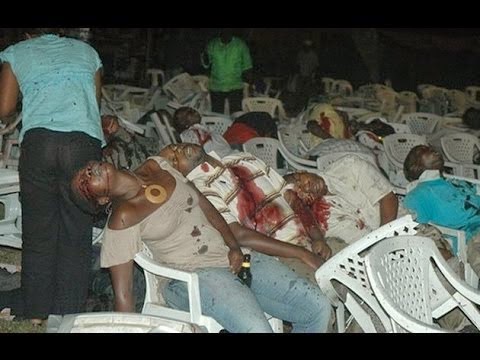 The Foreign Ministry of the Federal Democratic Republic of Ethiopia, Somalia, Eritrea, Sudan, Kenya and the United States of America  has strongly condemned the terror attacks in the region.

The United States condemns in the strongest terms the May 24 terrorist attack by al-Shabaab at Place Menelik in Djibouti City. We extend our condolences to the families and loved ones of the Turkish national killed and all of those injured by this reprehensible attack. As President Obama conveyed to President Guelleh during their meeting at the White House earlier this month, Djibouti is a close partner of the United States. We will continue to stand with Djibouti and our other international partners in their efforts to counter al-Shabaab and promote regional stability and economic growth in the Horn of Africa.
Djibouti public prosecutor Maki Abdiqadir, who Is the National Treasurer for Djibouti reported to the media that they have investigated the two suicide bombers that killed themselves in an explosion almost 2 weeks ago.

Ethiopia, as Chair of the regional Inter-Governmental Authority for Development, is committed to fight against terrorism, and reaffirms its unwavering support to Somalia, Djibouti and Kenya. It will continue to work with AMISOM in the major task of stabilization in Somalia and in all efforts to prevent terrorism and provide for peace and security in the IGAD region. Terrorism is a crime against humanity: there can never be justification for terrorist acts of any kind. As terrorism is a regional and international threat to peace and security, Ethiopia considers such attacks are directed against all peace-loving nations. Ethiopia will do everything in its power to eradicate this scourge of terrorism from our region and reiterates its commitment to support Somalia, Djibouti and Kenya in their effort to fight against Al Shabaab and to bring to justice perpetrators of these crimes.
Update Report: The prosecutor Maki Omar Abdulqader and the chief of police criminal investigation department Colonel Omar Hassan displayed the names of the suicide bombers.
“They are Muse Roble Hirabe who hails from Ethiopian Somali region and Hodan Mohamed Isse from Somaliland and they both crossed from the border village of Lawyo Cade” Mr. Maki Omar Abdulkader told International Journalist and made  press conference to explain in detail the event that terrorized the region.

Maki Omar Abdulqader said that a Djibouti security police officer helped them cross from the Somaliland border and they entered  illegally” the public prosecutor said. For his part the criminal investigation department chief Colonel Hassan Omar said that at least 7 people in connection with the terror attack are in custody and will be brought to court. “I want to declare that the recent terror attacks will not have impacts on the Somali people living here in Djibouti—we are only pursuing terrorists who want to jeopardise security in Djibouti” he added. , Interior Minister Hassan Omar said on Sunday. “This act of blind terrorism does not jeopardize our security in Djibouti to protect citizens and foreignness.”

Africom: Continue reading “”Give me socks?” provides relationship-building (Next week).

Somali militant Al-Shabaab of Southern Somalia has claimed responsibility for the suicide bombing at a popular restaurant in Djibouti, Hargeisa and Mogadishu.