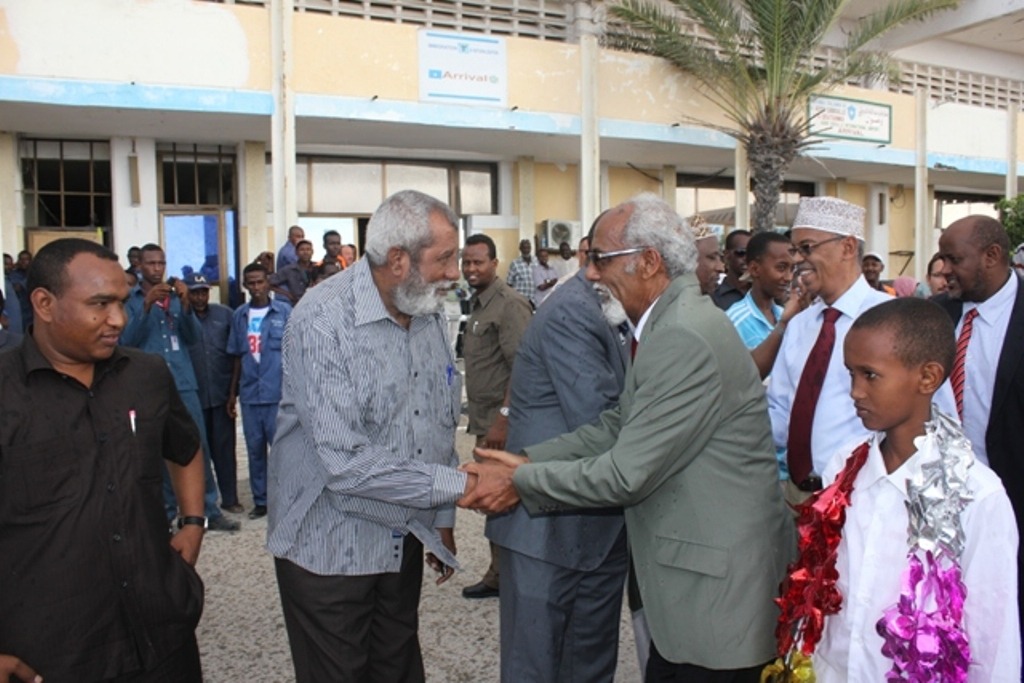 Mogadishu (HAN) October 27, 2014. Public diplomacy and Regional Security Industry Tracker news. According to latest reports, the Hon. President Hassan Sheikh Mohamoud released a presidential decree and told the Justice minister and the Animal Husbandry minister who had been ordered to swap places on Friday by the premier not to take up their new appointments.

Speaking to the reporters inside Mogadishu’s Aden Adde International Airport, the Speaker, Hon. Jawari said the country’s laws are enough to be used to resolve the new constitutional crisis emerged within the offices of the President and the Prime Minister.

“I hope at this stage that there will no need to transport our differences to foreign capitals.” the Speaker told local reporters before he departed to Baidoa.

He reiterated that he shared the worries of the public that the new in-fight could risk the country back into turmoil and hinder the expected elections in 2016.

The Hon. Jawari comments came hours after President Mohamoud rejected a cabinet reshuffle made by the Prime Minister Abdiweli Sheikh Ahmed in which he replaced several ministers of President’s aides from their positions early on Saturday.

Role of the Speaker: To ensure the orderly flow of business, the Somalia Parliament Speaker observes parliamentary rules and traditions, both written and unwritten. It is the Speaker’s duty to interpret these rules impartially, to maintain order, and to defend the rights and privileges of Members, including the right to freedom of speech.

To preserve the trust of the Somali Parliament, the Speaker’s actions must be impartial. Consequently, the Speaker never participates in debate, only votes in case of a tie and works to balance the right of the Government to transact business in an orderly manner and the right of all Members to be heard in debate.

In a decree signed by the President later on Saturday, president Mohamoud termed the reshuffle as “unconstitutional” and that the Prime Minister did the move without any consultations with the president.

Constitutionally,  it is unfortunate, while the completion of the above agendas are on the table including the passing of the crucial government laws, the Prime Minister is repeatedly withdrawing a verdicts that are haze to the government’s road map, vision and the cooperation between the government’s institutions.

I, considering the national interests, several times compromised over impolite steps taken, that are against the power of the president, the government, and the constitution. I can mention some of them below.

1. He dismissed and appointed ministers without consultations with the president of the federal government.

Finally, He announced what he termed “reshuffle” of ministers while he has not made any consultation with the president of the federal government.

Therefore, Considering at this critical time, and adhering to the rule of law, I have ordered.

1. The verdict termed cabinet reshuffle that was issued from the office of the prime minister in 25th October 2014 is not a genuine.

2. Ministers to continue discharging duties of their respective positions and not to be influenced by the statement from the office of Prime Minister.

3. Security forces to step up and continue the current ongoing operations.

4. The government’s officials and civil servants to continue their normal duties.

Photo: The Speaker, Hon. Jawari said the country’s laws are enough to be used to resolve the new constitutional crisis