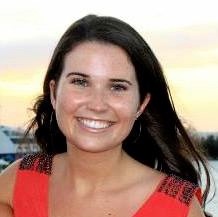 Santa Clara (HAN) August 14, 2014 This is a guest post by Sarah Madden, volunteer intern for the Council on Foreign Relations, Department of Studies. Sarah is currently a student at Santa Clara University studying business economics and entrepreneurship. Her interests are in Africa, economic development, and emerging markets. 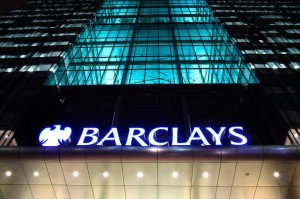 In December 2012, the U.S. Department of Justice levied a $1.9 billion fine against HSBC Holdings PLC. The bank’s failure to enforce money laundering controls had allowed illegal organizations to maneuver around U.S. banking laws to launder money for decades. HSBC’s fine and the recent tightening of international finance restrictions have led several financial institutions to reevaluate the security of accounts(many in Latin America and Africa) that do not have the “proper checks in place to spot criminal activity and could therefore unwittingly be facilitating money laundering and terrorist financing,” according to a Barclays’ statement. This development will have a particularly serious impact on Somalia.

Money transfer operations (MTOs) and access to accounts held with multinational banks are particularly important in Somalia, where MTOs are used for remittances, the “financial lifeline” for many Somalians. Remittances in Somalia channel almost $2 billion, making up over a third of the counry’s GDP with 80 percent of new business ventures in Somali territories funded or supported by remittances. For a country still struggling to recover from a decades-long civil war, famine, and continuing violence, Somalia lacks any form of banking or institutionalized financial system. In effect, MTOs with accounts through Barclays, Moneygram, and Western Union are the financial system.

Following in the footsteps of several large banks, Barclays announced in May 2013 that by July 10, the company would shut down accounts to almost two hundred and fifty MTOs in North and East Africa. Dahabshiil, Barclays’ premier partner in East Africa and largest MTO in the Horn of Africa, brought Barclays to the British High Court to protest the closures that would effect millions of their clients. In April 2014, Dahabshiil won an injunction to delay the account closures until October 2014. Barclays’ precautionary actions to avoid inadvertently channeling money for illegal activity will have devastating effects on Somalia’s already “fragile economic recovery.”

The closure of these MTO accounts will destabilize any progress made over the past decade. With the injunction’s expiration date rapidly approaching, and few viable options for Dahabshiil, the money transfer industry might soon be pushed underground, where it will be nearly impossible to monitor or track illegal activity.

OxFam International claimed it was “a bleak day for Somalis” when Barclays announced their closures last May. In Somalia, 4.2 million citizens rely on money transfers as a substantial portion of their income for basic needs like food, clothing, shelter, education, and medical care.

Annually, the amount of transferred remittances from displaced Somalians far exceeds the amount of international aid sent by foreign governments to Somalia. International aid organizations and NGOs rely on MTOs for their finances. If they cannot receive their funds or can only access capital at a higher cost, the need for humanitarian aid will skyrocket. It is likely that nations with high Somalian populations (United States and United Kingdom) will burden taxpayers with the cost of dispensing foreign aid to address education issues, food security, and economic growth.

The humanitarian, academic, and political outcry all reiterate—“Somalia is different.” The country cannot afford to lose the Barclays partnership. Barclays, and other enormous institutions are positioned to promote transparency and stability in the Somalian financial system. With the cooperation of many African nations and Western governments, these banks have the opportunity to not only strengthen money transfer channels and bolster the African financial system. Achieving that would ensure the livelihood of an estimated 40 percent of Somalians who rely on MTOs as the country “begins to see the light at the end of the tunnel.” Council on Foreign Relations