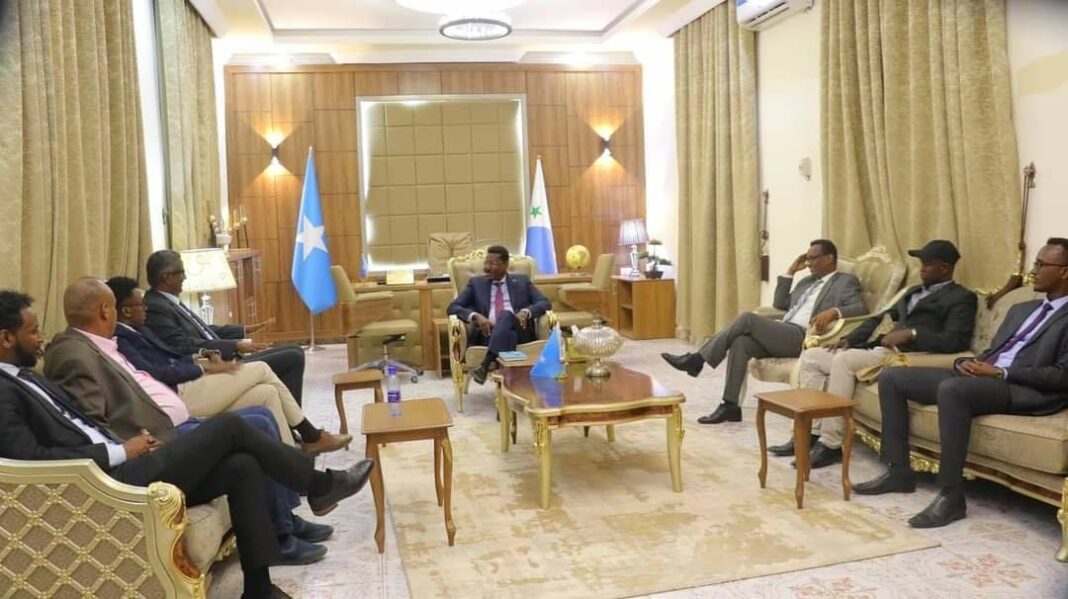 Mogadishu (HAN) December 17, 2020. Regional security update.  The Somali Prime Minister, Mohamed Hussein Roble has directed Galmudug authorities and security agencies to expedite investigations into the killing of the military officials that were killed last week, according to Radio Dalsan.

During the official tour in Dhusamareeb, Prime Minister Roble said the perpetrators were ruthless and opposed to the ongoing development, noting that the slain military officers were serving their communities. The Prime Minister also indicated that the Somali government will assist Galmudug in bringing the perpetrators to justice as soon as possible.

Meanwhile, the Prime Minister was holding meetings in Dhusamareb and discussed security, development, reconciliation and other issues with the regional Galmudug state of Federal Government. The Somali Prime Minister also met senior Galmudug administration officials, military officials and various sections of the civil society. At least five members of Somali National army (SNA)  officials were killed and three others wounded when Galmudug  ambushed a SNA military convoy near the town of Guri-El in Galmudug state on 9th December, 2020. The surprise ambush took place while the Somali national army (SNA)  personnel were returning from a training workshop in Guri-El, a city located approximately 450 kilometres  north of the Somalia capital Mogadishu.

Update: Source told Geeska Afrika Online reporter in Garowe, that, “it was a premeditated revenge responding to the attack dated  17 December, 2017, the home of  Somali politician, Abdirahman Abdishakuur, in Mogadishu. That attack, two of Abdirahman’s guards (members of SNA)  have been killed and Abdirahman himself was wounded.