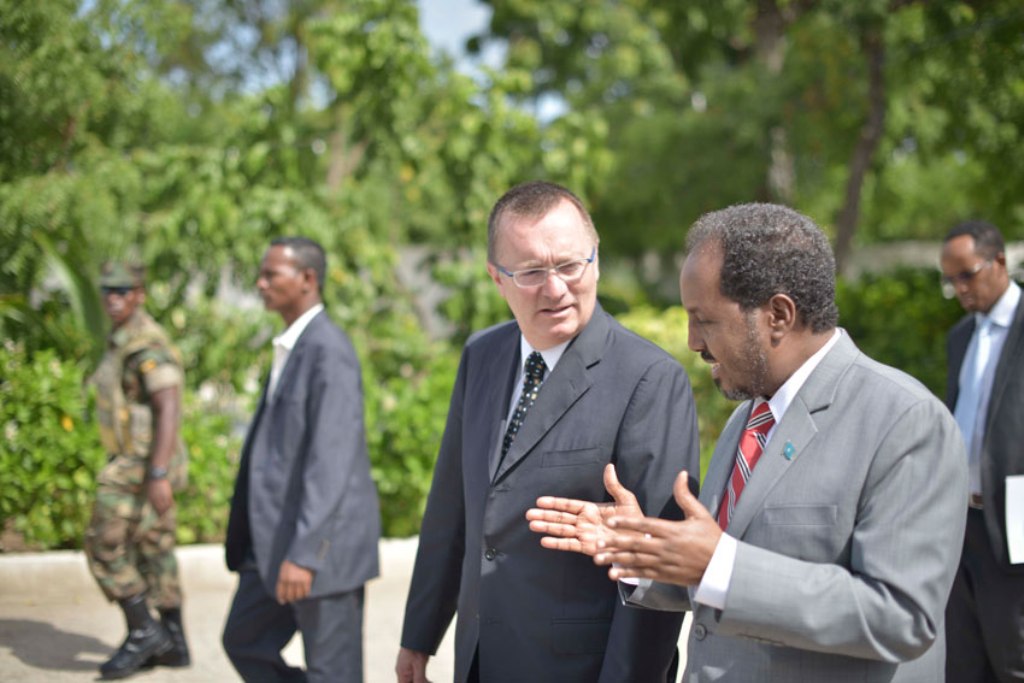 Mogadishu (HAN) November 3, 2014 – Public diplomacy and Regional Security and safety news. The president of Somalia is telling the United Nations envoy to Somalia, Nicholas Kay to keep out of the Somalia’s internal politics.

The U.N. representative, Nicholas Kay, said Sunday he is concerned over allegations that parliamentarians are being paid to vote to oust the prime minister in a “no confidence” motion.

The President Hassan Sheikh Mohamud’s statement came after the U.N. envoy to Somalia, Nicholas Kay, expressed concern that lawmakers are being bribed to vote against the prime minister in a possible no-confidence motion.
The President Hassan Sheikh Mohamud said he appreciates the concern of the international community, but said the U.N. representative, Nicholas Kay, must respect Somalia’s “sovereign right… to determine its own future.”

The President Hassan Sheikh Mohamud said the “best way” to support Somalia’s leadership is to allow them to resolve differences through what he called “legitimate means and within the existing and maturing institutions.”

Tension between the President Hassan Sheikh Mohamud and Prime Minister Abdiweli Sheikh Ahmed has raised concern that Somalia could slide back into political turmoil, slowing progress toward stabilizing the war-torn country.

Because of constitutional errors, numerous Somali governments have been brought down by political infighting in recent years.