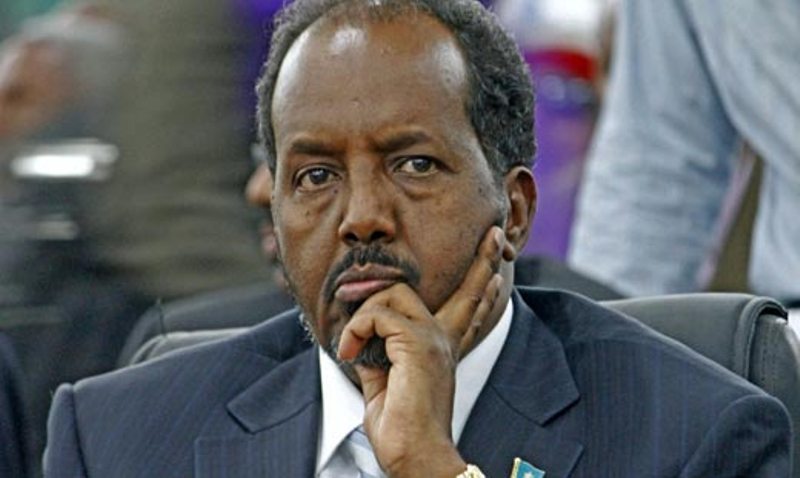 Toronto (HAN) November 3, 2014. Expert Analysis, Your Power & Regional Influence Magazine, opinion page by – Mohamed “Dudishe” Abdulle. The dichotomy of a powerless/powerful prime minister and a powerless/powerful president has confused many ordinary Somalis. Some say the president has too much power & others say the president is powerless. Somali pessimists’ latest conspiracy theory is the Somali constitution has been designed to create conflict among the executive. They point out repeating historical conflicts between Somali presidents and their prime ministers whereby each has used the constitution to justify his position. Is it the Somali constitution that creates the conflict or it is the individual that causes the conflict? The current conflict has the president and the prime minister tussling over constitutional power. 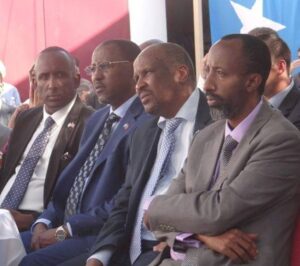 Prime Minister Abdiweli issued an official letter reshuffling a minister. The prime minister cited the federal constitution’s Article 100 “A” & “B” and Article 97, “3” to reshuffle his cabinet. Let’s take a look:

(a) Be the Head of the Federal Government;

(b) Appoint and dismiss members of the Council of Ministers;

(3) The Prime Minister shall appoint deputy prime ministers, ministers, state ministers, and deputy ministers. Those eligible for membership of the Council of Ministers may be, but shall not be limited to, members of the House of the People of the Federal Parliament.

It is important to note that dismissal & reshuffle are two different words with different meanings. Clearly the Prime Minister has the constitutional power to dismiss; but not the power to reshuffle. Reshuffling is in fact somewhat similar to a new appointment which would require parliamentary approval. Article 100 (c) states the Prime Minister to “Present the Council of Ministers and government program before the House of the People of the Federal Parliament to seek their endorsement.” The Prime Minister would have been within his rights if he had dismissed Minister Farah. But he did not. He reshuffled him to a new portfolio without parliamentary approval. The president, as the guardian of the constitution, has the duty to check the prime minister’s executive overreach.

The Somali parliament, as the representative of the people, has enormous constitutional powers over the executive. Somali journalist @Daudoo tweeted about MPs being “the only beneficiaries of dispute between president and PM, getting bribes from each in exchange for their support.” Although it is sad to see MPs taking bribes, it is wonderful to see big men begging the parliament. At least, the era where differences were settled through AK47s is fading away. When you see president feeling powerless, when you see prime minister feeling powerless, when you see parliament feeling powerful, you know the framers of the constitution have done a phenomenal job. The constitution is not just a mere social contract, but a tool to limit the power of the big men.

The distribution of power between the prime minister, the president and the people where the people, through their representatives, have the ultimate say is rooted in the Check and Balance principle. It is precisely the point of the constitution to constrain the powers of presidents and prime ministers. The wisdom is to eschew abuse of power. Everyone knows the intent to reshuffle Minister Farah is motivated by politics rather than good governance. The tussle between President Hassan and Prime Minister Abdiweli is politics. Prime Minister Abdiweli said he is communicating with the president and they will resolve their differences through dialogue. Whatever mutual concession or compromise they reach, they are still bounded by their constitutional duties with their defined limited powers and the emboldened powerful parliament is watching.

The Somali constitution is working well. It is not broken. Of course, it needs to be improved and perfected. It is true that these checks and balances where power is balanced among the big men slow down governance, especially in countries like Somalia where democracy is still in its infancy. But that was the framers’ intended effect; to guard big men from becoming powerful dictators. Critics who are confused with the current constitution advocate going back to the constitution of 1960 Somalia. Yes, postcolonial political life in 1960 was simpler, smaller, and easier to govern. But politics in today’s Somalia is complex, crowded, and convoluted. If constitutions are living trees capable of growth and expansion, ours should live on. Somalia does not have constitutional crisis; it has clannism crisis masqueraded as politics.