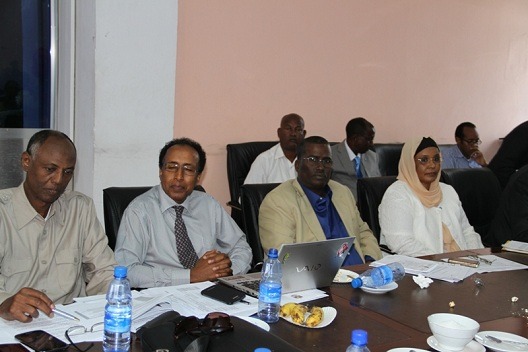 The Minister provided details on various issues including: UN Under Secretary General for Safety & Security’s visit to Mogadishu; the visit of the Danish Minister for Trade and Development Co-operation, Mogens Jensen to Mogadishu; the opening of new offices for the Ministry of Youth; the UNSC’s historic visit to Somalia; the Government’s consultations in Baidoa; the progress of the Stabilization Plan in Mogadishu; and the review of each ministry’s progress.

“Failure to do so will lead to the confiscation of the weapons and punishment,” he added over the phone.

Information Minister, Mustafa Duhulow, meanwhile, said in a statement that the cabinet had agreed to ban independent militia groups, clan militias and organized armed groups in the capital Mogadishu.

“According to the law, the National Security Forces and anybody licensed to hold light arms is legally allowed to hold them, but anybody else is not allowed to do so,” Duhulow added.

The cabinet also decided to take stern action against media outlets that incite the public and threaten national security.