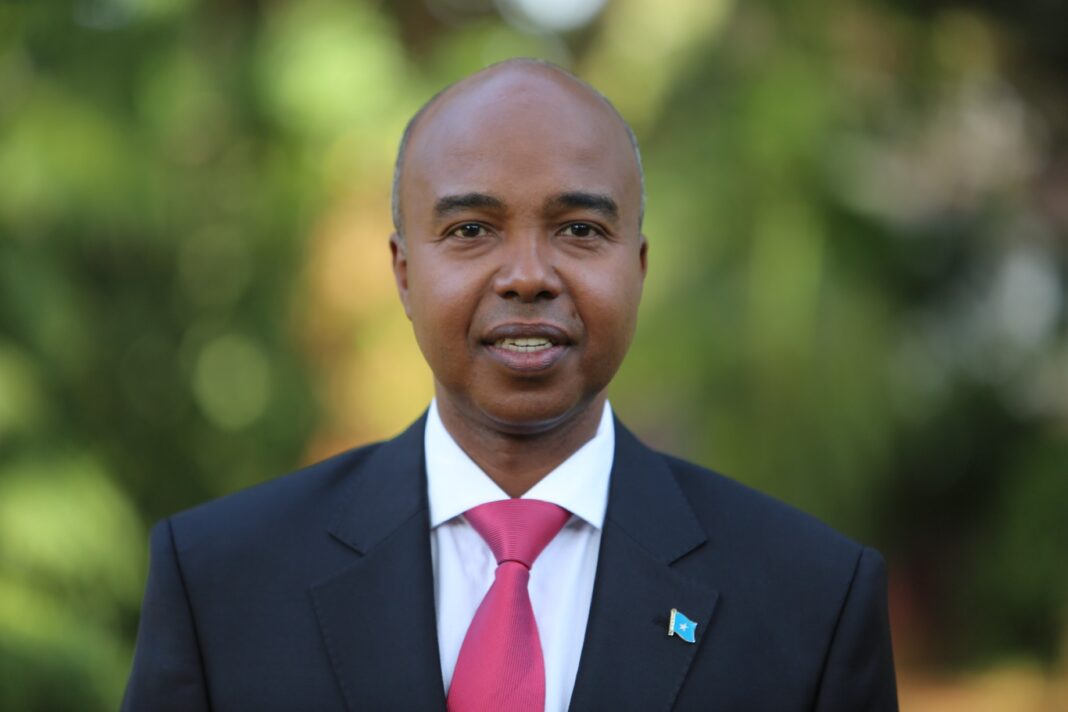 Djibouti  (HAN) November 21, 2020. Diplomacy and  Regional Security. The Somali president Mohamed Abdullahi Farmajo  sacked Foreign Affairs Minister Ahmed Awad  for the issue related the internal war between Federal Government of Somalia and TPLF, and subsequently replaced him with a very close friend of the president,  Mohamed Abdirizak, who served as an election advisor of president Farmajo (2017-2019) and he was also chief of staff of former President Abdullahi Yusuf. The new Foreign Minister Mohamed Abdirizak is the son of a former member of Supreme Revolutionary Council in 1969.

Background of his father: Capitan Abdirizak Mohamud Abubakar, became one of the most admired officers for his integrity and service in 1960. He was selected by the commanding officers to be part of the Supreme Revolutionary Council in 1969 along with his seniors Muhammad Ali Samatar, Abdullah Mohamed Fadil and others under the leadership of the Chief Commanding Officer Mohamed Siad Barre. His efforts aided Somalia’s forces defeat the Ethiopian Army in 1977 under the leadership of General Muhammad Ali Samatar and his subordinates.

Meanwhile, Former minister Awad’s dismissal came hours after the Foreign Affairs Ministry issued an official statement on the situation in Ethiopia’s northern Tigray region, calling for dialogue to end the deadly fighting there. Awad later dismissed the statement, saying it was “invalid” and did not represent the views of the Somali government. In the Foreign Ministry’s statement, the country had pledged to give full support “in the quest to end the current situation in Ethiopia.”On his official Twitter account, Awad responded to his dismissal by thanking the Somali president and the people of Somalia for the office he held since 2018, saying “I’m not currently ready for any position in the government, ambassador or any other role.”

Somalia and Ethiopia have been enjoying beneficial and boosted relations since Abiy Ahmed became Ethiopia’s prime minister in April 2018. Mogadishu was among the first capitals that Abiy visited, meeting with Somali President Mohamed Abdullahi Farmajo. At the meeting, Somalia and Ethiopia signed deals on diplomatic, security and economic ties. The two leaders held lengthy meetings, renewing the bilateral ties of their two countries, which span generations.