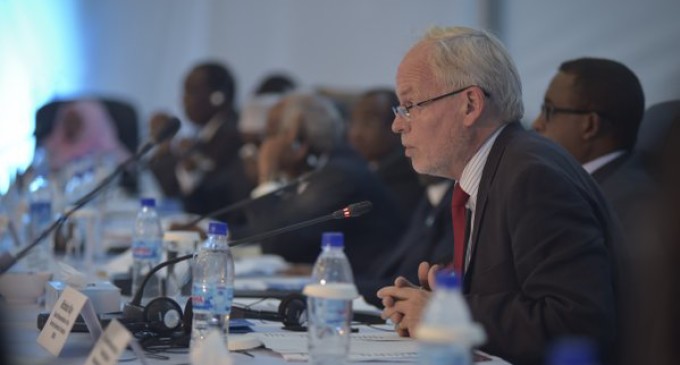 The National Consultative Forum reviewed the conclusions from the public consultations held across Somalia on 15, 16 and 22 November and with Somalis in the diaspora on 5 December. It welcomed the consultative process as a major exercise of participatory politics, manifesting the principal values of democracy.

It also expressed its appreciation to all participants and to the authorities of the existing and emerging Federal Member States, as well as the Somali Embassy in Kenya, for hosting the public consultations across the country and with Somalis in the diaspora. The National Consultative Forum welcomed the free expression of many different and often divergent views in the course of the public consultations.

It was underlined that the Somali population is united in its desire to see a political transition when the mandates of the legislature and the executive end in August and September 2016, respectively. The active participation of women and youth was welcomed and it was emphasised that the electoral process must reflect the diversity of Somalia.

The National Consultative Forum took note of the outcome of the regional consultations that there was no single electoral option that is preferred by all Somalis. The conclusion was endorsed that given the divergent views on the four electoral models, only a model combining the elements from each of them could ensure an electoral process that reflects the preferences and critical conditions stipulated by the Somali people. The spirit of compromise that had governed deliberations was welcomed.

Against this background, the National Consultative Forum agreed the following important principles and actions:

1. There shall be no extension of the constitutional term limits of the executive and legislature.
2. The electoral process in 2016 shall involve the formation of both the Lower House and the Upper House.
3. Parliament as a whole will have representation based on balance between the constituency and clan.
4. Electoral colleges will convene and vote in the Federal member state capitals. They shall be diverse and contain representation from women, youth and civil society.
5. There shall be a minimum fixed number of seats reserved for women in both houses. There shall be enhanced representation of youth and marginalised groups.
6. A political roadmap shall be developed and agreed for (1) the period between now and the implementation of the electoral process in 2016, and (2) the period 2016 to 2020 to deliver universal suffrage elections in 2020. This roadmap shall be an integral part of the final agreement on the electoral process for 2016.
7. The details of the electoral model and the implementation plan shall be discussed with constituencies and agreed and launched at a ceremony in Kismayo on 10 January 2016.