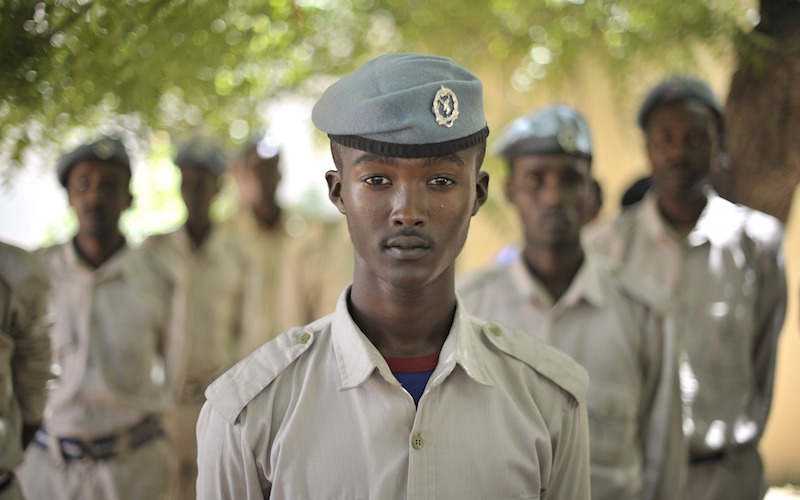 MOGADISHU (HAN) December 31, 2015 – Public Diplomacy and Regional Stability Initiatives News. By: Russell Whitehouse. Fighting amongst neighboring peoples has been endemic throughout the history of humanity. From biblical clashes in Assyria to the civil war raging in Syria today, there is always turmoil brewing between two or more rival ethnic groups. They can take the form of prolonged struggles or they can seemingly crop up out of nowhere. However, no social breakdown happens for no reason. The two-decade long conflict in Somalia can be explained by instrumentalism.

Instrumentalism is a theory that posits that politicians and the media play a paramount role in the formation of ethnic identity and rivalry. Rulers inculcate ethnic values into its citizens starting from birth. Children are educated with curriculums that are tailor-made to complement the government’s view of history. Television programs, radio shows, web sites, music, plays and books are commissioned by politicians or, in industrialized nations, by business interests to support their agendas.

The People’s Republic of China is a textbook example. They censor anything in their history books or websites that is damaging to the legitimacy of the regime, like anything having to do with the Tiananmen Square Massacre. If resources (water, food, grazing land, minerals, metals, oil, etc.) are becoming scarce in an area, the local leader might incite ethnic violence towards a neighboring group in an attempt to redistribute scarcities to his people. An ambitious leader could likewise invoke ethnic hatred in order to expand his territory. Such a power play amongst the monarchs in Europe resulted in World War I.

Rulers often mask their true intentions by using existential rhetoric. They argue that the rival ethnic group must be exterminated in order for the favored ethnic group to enjoy lasting prosperity. From the near-elimination of Native Americans by the US Army to the Hutu Power movement in Rwanda and Burundi, leaders have successfully utilized fear-mongering tactics to mobilize their people against enemies.

Somalia is a textbook case of instrumentalism at work. Somalia’s clan leaders foster ethnic feuds against each other so that they can fight for scant resources in their incredibly impoverished land. There is little fresh water and arable land in Somalia. As a result, most of its population has to rely upon agro-pastoralism for sustenance. Somalia’s ubiquitous goat herders must constantly search for grazing land to support their herds. This frequently leads to conflicts with herders from rival clans. Thus, there is perpetual animosity between neighboring groups, who must ensure that they have the land to support their main source of nutrition. Warlords arise to fight for their constituents. They must also scuffle over the few profitable metals and minerals buried in the country to help subsidize their living conditions. The fall of Communism in both Somalia and Russia brought about an end to Somalia’s international relevance.

The USSR, China and the United States had at various points heavily financed Siad Barre’s regime. After the Kremlin jilted Somalia in favor of its newly Communist neighbor Ethiopia, the US and PRC started supporting Barre’s nation to undermine the former. The Communist, and later Western, camaraderie kept Somalia from going hungry, which kept the various clans placated. After the Cold War ended, the political empires left Somalia. Siad Barre found that he had no allies left and the country quickly plummeted into poverty. Clans took up arms to fight for whatever resources were left, ousting the now bankrupt dictator and ushering in an era of anarchy. The more prosperous north eschewed fighting by creating a narrative of unity, leading to the creation of Puntland and Somaliland. Source: internationalpolicydigest