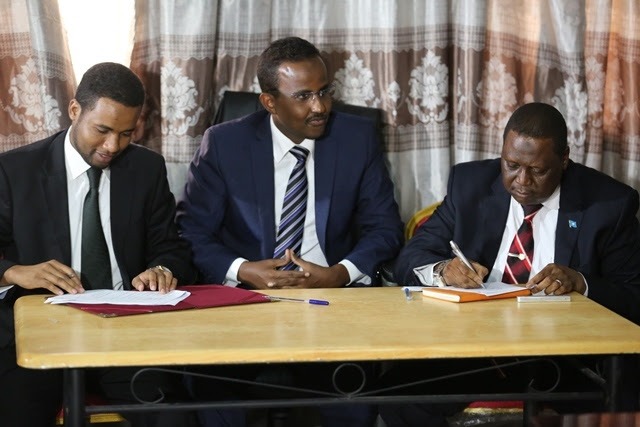 The two main regional state governors and their representatives from Federal ministers of the current Somalia government were present to be the first signatories of the new formation of Hiiraan and Middle Shabelle Regional State.

Federal Somali government dignitaries and the international community have jointly witnessed the signing of the agreement for the formation of the Hiiraan and Middle Shabelle Regional State.

The Hiiraan and Middle Shabelle Regional State formation process of the two regions is scheduled to kick of 1st September and is expected to end on December 2015.