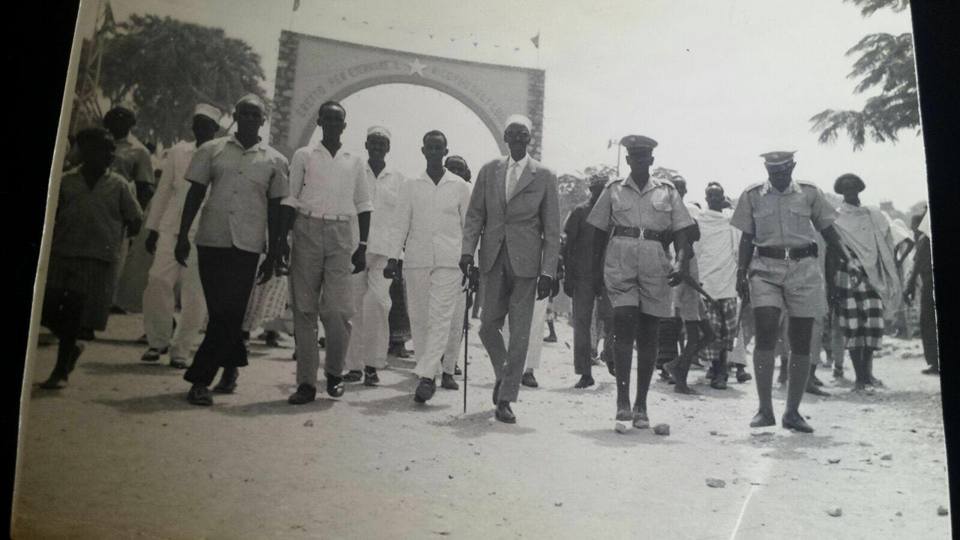 Baladweyne (HAN) July 1.2016. Public Diplomacy & Regional Security News.By. Abdi Hosh. A piece of history on the occasion of our independence.

Geesk Afrika Online archives:The following is a series list of the governors and governors general of Somalia in 1960.

The tall man with the suit (Picture), white Brava hat and the cane, H.E Hussein Nur Elmi was the governor of HIIRAAN during independence and the occasion depicted in these pictures is the Independence ceremony on July 1, 1960 in Beledweyn and the Governor AUN is actually presiding over the transfer of power from the Italian administration. 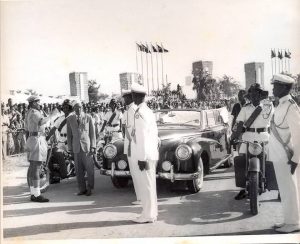 The Governor and his brother Hassan Nur Elmi would later serve as Ambasadors of Somalia to Germany and the UN mission in New York at the same period, thank God that was before the ugly 4. 5. To my fb friends, our own fb friend Deqa Dior Benoît is the daughter of the late Governor/Ambassador Hussein Nur Elmi. A public servant extraodinaire, AUN. 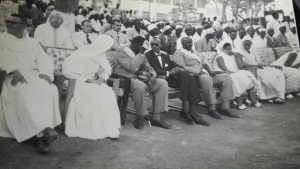