Home frontpage Somalia: The Final a compromise on the Electoral Process for 2016 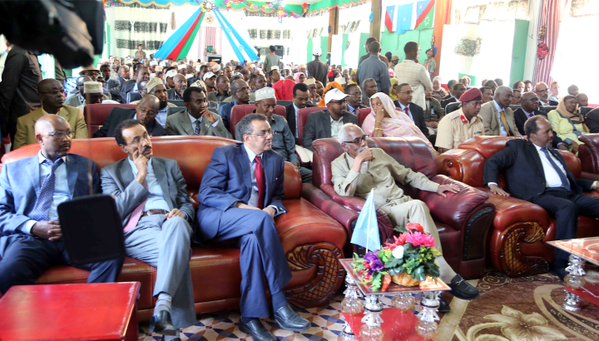 During the two days of the meetings, the Federal Government and Regional State Leaders continued to deliberate on the negotiations that were embarked on at the recent Kismayo Conference and made every effort to reach a compromise on the Electoral Process for 2016 and its implementation plan.

On this context, the Federal Government shares the below positions as the best scenario for holding elections in 2016;

The Federal Government of Somalia wishes to express its gratitude to the Regional leaders, the Somalia public and our international partners for their efforts in moving the country forward. We assert that this electoral arrangement will be a measure for 2016 and look forward to the day our people will exercise the right to vote.