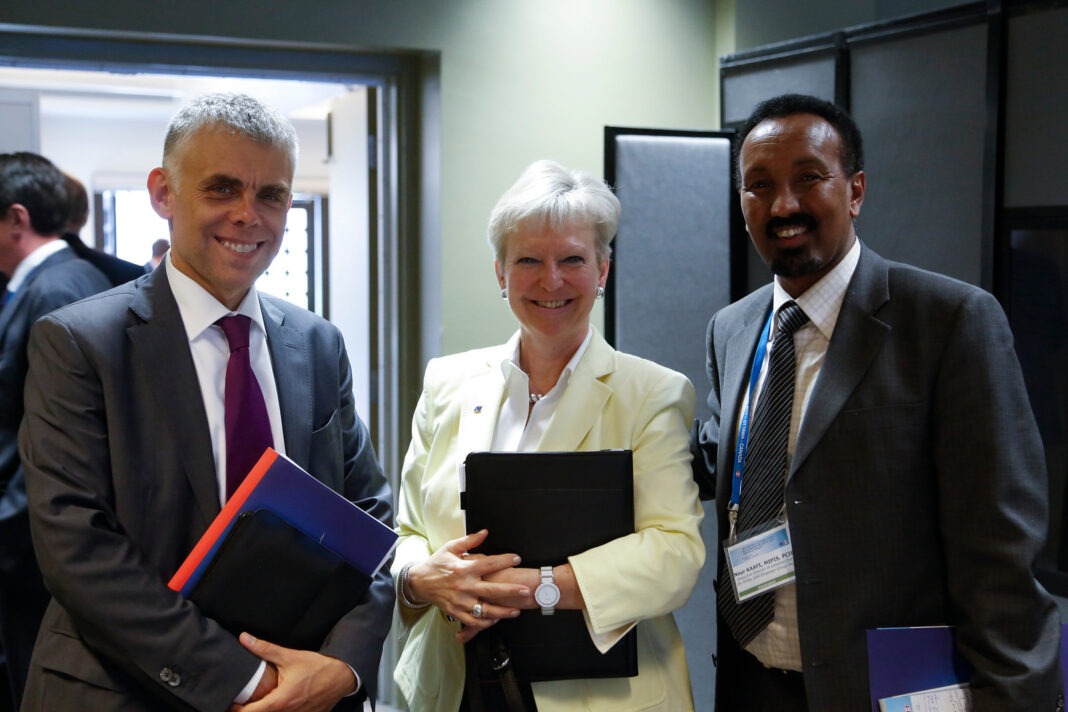 Mogadishu (HAN) May 26, 2015 – Public Diplomacy and Regional Security News. The EU enhances the security sectors in ‪‎Somalia through its comprehensive approach, to protect people and critical value assets.

Somali‬ President “I thank our African brothers for supporting us, and I hope that Somalia will soon be playing its full role in the continent”

2015 is EU’s first “European Year of Development” whereby the EU shows how development aid works and how it makes a real and lasting difference. With regards to the EU’s engagements in Somalia, the EU has prepared a series of  short video clips:

EU Cultural diplomacy: On the occasion of the World Day for Cultural Diversity for Dialogue and Development, the EU Delegation to Somalia wants to reiterate its commitment to strengthen Somali efforts to rebuild cultural heritage.

Regional Security Threats: Last week, Somali president Hasan Sheikh has lashed out the neighbouring government of Kenya – accusing it of a “heavy-handed” approach to regional security, and specifically criticizing Kenya’s recent decision to clamp down on money transfer companies allegedly linked to the Somali militants of Al-Shabaab.

The EU CBRN Centres of Excellence regional secretariat will include cross-border cooperation between Gulf countries to establish an incident response strategy.

“The centre will help the EU mitigate the risk from incidents happening outside the union,” said Maciej Popowski, deputy secretary general of the EU external action service. “Events such as Chernobyl or Fukushima show that a regional response is important.”

“The Gulf is a key partner for the EU and the UAE authorities kindly offered to host the secretariat,” Mr Popowski said. “The Centres of Excellence initiative is based on a voluntary, bottom-up approach. The centre responds to your and our interests.”

The initiative involves more than 45 countries and has been launched in eight regions, including central Asia and north Africa. Such an initiative is crucial to protect critical infrastructure and industrial installations.

Local and international experts will meet in Abu Dhabi at least twice a year after the inauguration to discuss readiness and responses to such threats.

“Gulf counterparts are here,” Mr Popowski said. “Partners who join see that value of regional cooperation to combat risks which do not respect borders.”

The next step will include a reinforcement of regional contacts and national efforts to combat CBRN risks assessed.

“Further round-tables to discuss future projects should assure practical outcomes,” said Mr Popowski, who also plans to discuss wider security issues. “The UAE is an important player in anti-piracy activities, particularly in the Gulf of Aden, so reinforcing these contacts is really important for both sides as it helps increase our mutual understanding and better meet the challenges.”