Home Daily Security Briefing Somalia: The death of Police Commander was the result of heart attack 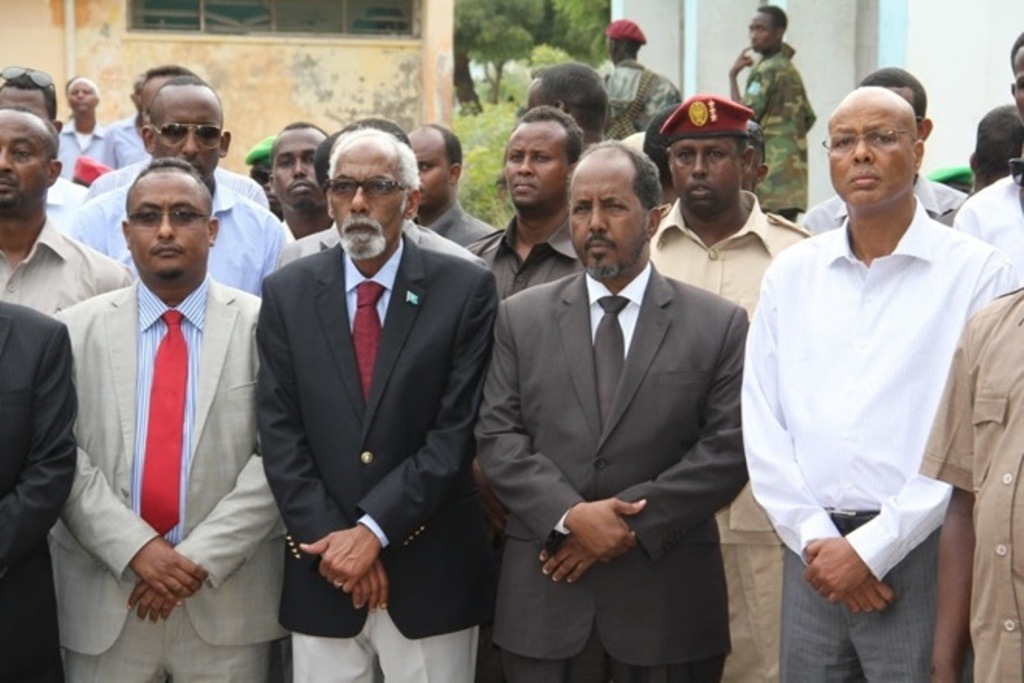 Mogadishu (HAN) November 2, 2014 – Public diplomacy and Regional Security and safety news. The Somali President and Prime Minister attended the burial of General Mohamed Hassan, the late Police Commander who died suddenly as a result of a heart attack on Thursday.

The Somali President said, the result indicate no foul play and added his statement:

“General Hassan was a man who was committed to his job, he was a professional and he made our country safer,” said a former police colleague with tears in his eyes. “We will continue our fight to make our country safe for our people.”

The Somali federal President Hassan Sheikh Mohamoud joined the Prime Minister, Abdiweli Sheikh Ahmed, the Speaker of Parliament ,Maxamed Sheikh Osman Jawaari, the mayor of Mogadishu as well as other senior cabinet Ministers and members of the police force and other armed forces to pay his respects to the late police commander General Mohamed Hassan who was laid to rest draped in the national flag of Somalia after a full state funeral at the Mogadishu Police Academy.

According to Somali embassy in Nairobi told Geeska Afrika Online, “it was the result of heart attack”, although, the results have yet to be publicly released but senior Kenyan police officer, have stated that the preliminary medical result indicate no foul play.