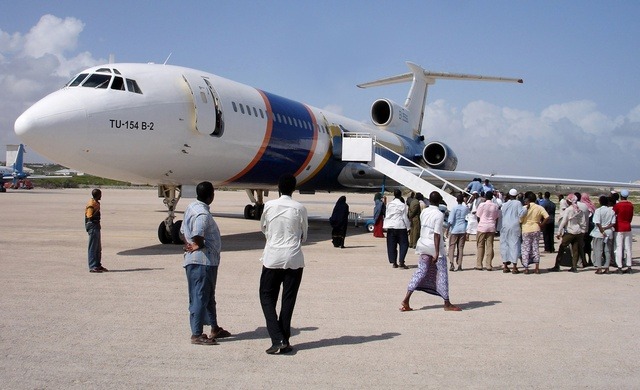 Mogadishu (HAN) February 17, 2015- Public Diplomacy and Regional Aviation security news. A three top senior Somali aviation and transport officials were killed in a drive-by shooting in Mogadishu.
A Somali militant Al-shabaab group were travelling in a car have sprayed bullets on a car carrying three senior civil aviation officials at Mogadishu’s landmark KM4 junction. The murder of the officials is the latest in a series of
drive-by shootings.

The Somali militant Al-shabaab assailants escaped after the attack which occurred in an area considered to be the heart of Mogadishu.

The Somali militant Al-shabaab group claimed the responsibility for the assassination against aviation and transport officials.

“Somali militant Al-shabaab special forces carried out that attack, and we shall continue such attacks.”

The Al-shabaab media said in a statement issued after the assassination in Mogadishu.

The assassination comes one day after unidentified The Somali militant Al-shabaab group killed a public servant with the international planning ministry on Sunday in the west of Mogadishu.