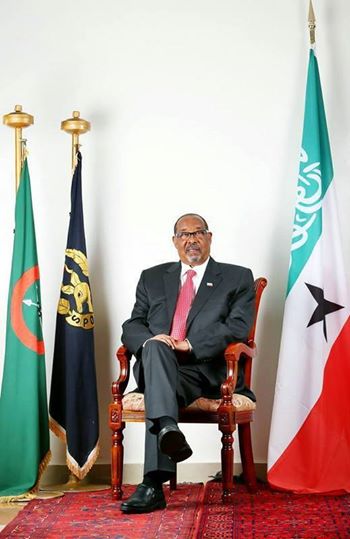 Hargeisa (HAN) March, 24 2014 – Somaliland: – Beyond the pictorially staged and carefully choreographed settings, If you closely looked at the nine precision points agreed upon there was no new game changing development that has really been introduced. Except the acknowledgement of the atrocities committed by the late regime of Siyad Barre, nothing new was introduced on the table. Sure some may say this was not a small feat, but still it is only one issues among many contentions. The other main point that deserves a mention is the issue of air travel control. Both sides agreed to form a four member party (two from each party) that will prepare the term of reference of the air travel control board. I’m pleased that this was added since last time Somalia was not able to live up to its previous agreements of the air control. Of course, hardly is Somalia nor Somaliland able to control their air space. Except in dividing equally the revenues collected I don’t see the big significance.
It is utmost important that Somaliland takes note at the pace of the talks. My caution today concerns the point of timing! We all agree diplomacy takes time, lots of time. But unfortunately the snail pace of these negotiations is unsurprisingly in favor of Federal government of Somalia. The biggest weapon in their arsenal is TIME. And, sad to say, most indication suggest that Somalia has nothing to lose in delaying to address the issue of secession, since they are legitimately recognized as a government hence they have no business in limbo. One might even suspect they are just buying time to carve out a sphere of influence on Somaliland once they get to sort out their ever spiraling government. A time might come when Somalia would be able to move vigorously diplomatically and gain a more leverage over Somaliland. This said, Somaliland should explicitly demand that the next round of talks address the elephant in the room. No more should Somaliland allow Somalia to treat the issue of secession as unwelcome burden! Ultimately, moreover, if there is no assurance that exists in addressing this issue, Somaliland should not reignite any more talks. Since the agendas have to be set prior to meeting now, Somaliland shouldn’t reflexively assume they are on the same page with their counterparts.
Crucially Somaliland citizens must not be allowed to perceive that the outcome of these talks without secession agenda on the table is an inch closer to achieving their noble goal of secession. Somaliland authority should express concern over the inability to convince Somalia to start real negotiation. In the coming months, instead of recycling politicians in the current administration the task should be to assemble a different group including Somaliland willing scholars this time. The current foreign affairs minister of Somaliland Mr.Mohamed Bihi Yonis is a highly regarded diplomat with ability to shape Somaliland foreign policy compared to his predecessor! He seems to be a man of unsurpassed integrity and intelligence. Even though diplomats see the world differently and with different priorities I have faith in Somaliland foreign affairs minister!
In all fairness, diplomacy calls for listening, respecting and understanding. For that we should praise both sides for their temperament. In the realm of diplomatic possibilities there is of course nothing impossible so let’s hope both sides get the courage to move on forward!