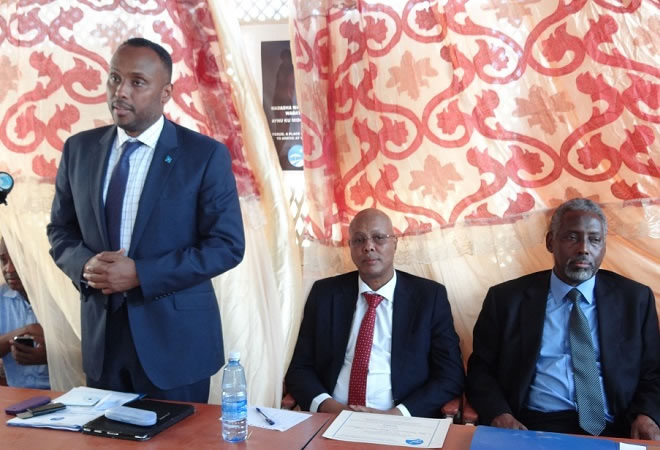 Mogadishu (HAN) February 27, 2015 – Public Diplomacy and Regional political news.  According to Abdirahman Omar Osman, five mortars landed in Villa Somalia and surrounding areas including Ex-fiore, and 15 May high school zone. This creates more suspicious as to what happened and why?

Officially five mortars landed the presidential palace compound in Mogadishu and nearby residential area of the Somali security forces.

Two mortars hit inside the presidential palace while three others targeted outside the compound. One person is reported to have been killed by the barrages.

No one claimed the responsibility for the latest mortar attacks targeted Somali presidential palace compound in Mogadishu.