Home frontpage Somalia: The surrender of Al-Shabaab Founder Means to Terror and Terrorism in... 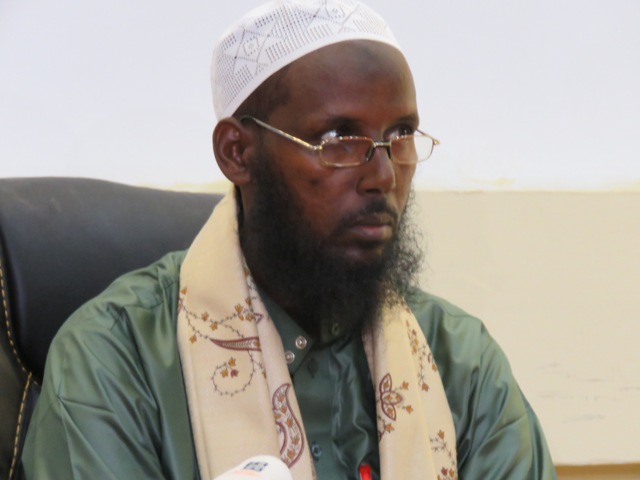 The fight came after his formal group carried an offense against him to imprison him a live or kill him. The attack is led by some high commanders including Sh.hassan Yacquub the group’s current governor In Galgaduud.

Of course, the headlines were interesting showing that the ideology of terrorism has come to ending. Robow exited the group in 2012 and settled down in his origin place Abal-Bakool were he was born. Though he was delisted from the terrorism list on 24 June, this year. It is not yet clear who processed and weather he is convinced to work with the government.

Today the news alerted again the Surrender of Robbow to southwest local government, reports are showing an alliance between the Sheikh and the federal government.

The new alliance between Robbow and the federal government is believed to be the end of Al-Shabab in Southwest region. Observers say, this alliance not only seems to furnish the contingent of the federal government troops in the region but, in addition it will annoy the terrorist group to a great degree by threatening portions of its frontier which otherwise would have been secure.

Robbow is believed to be the only Somali commander remaining on his level. He trained in Afghanistan. He is one of the Founders of the group. He served the group as spokes person and deputy Amir.

He had some philosophical differences with Godane the formal Amir of the group who was bombed and killed by US drones. Observers say, the differences were philosophy based ones when Robbow hesitated to contribute anymore in “The end of Muctadin” battle which took place in Mogadishu. The Sheikh withdrew his troops from the battle stating that the combat was biased to one tripe calling what happened elimination towards one tripe.

It took six years to delist him out of the terrorism list. He lived these years in Abalwhere the combat took place, Abal is said to be an strategic place rich of mountains.

He managed to settle into Abal and survive for these all years. This is new chapter for the Sheikh, and no one knows whether he will go on the path of Atom, Wajidi who fled from the country or he will team up with Hassan Dahir in prison, or he will cooperate with the government like Zakaria and Sheikh Yusuf Indhacadde, Who forced Al-Shabbab out of the country, and still serving the government as general.

Eventually, this world is full of possibilities, anything could happen, today is Robbow. Once on time Wiil-Waal was asked “What men likes most? He said “Revenge.” Let the government allow the Sheikh take his Revenge!! This is what the narrators call “Opportunity presented its self.” Let the government not to accept any more quite, these people they served Terrorism let them cooperate with government and help to end the ideas they brought. Fighting fire with fire is the best way.