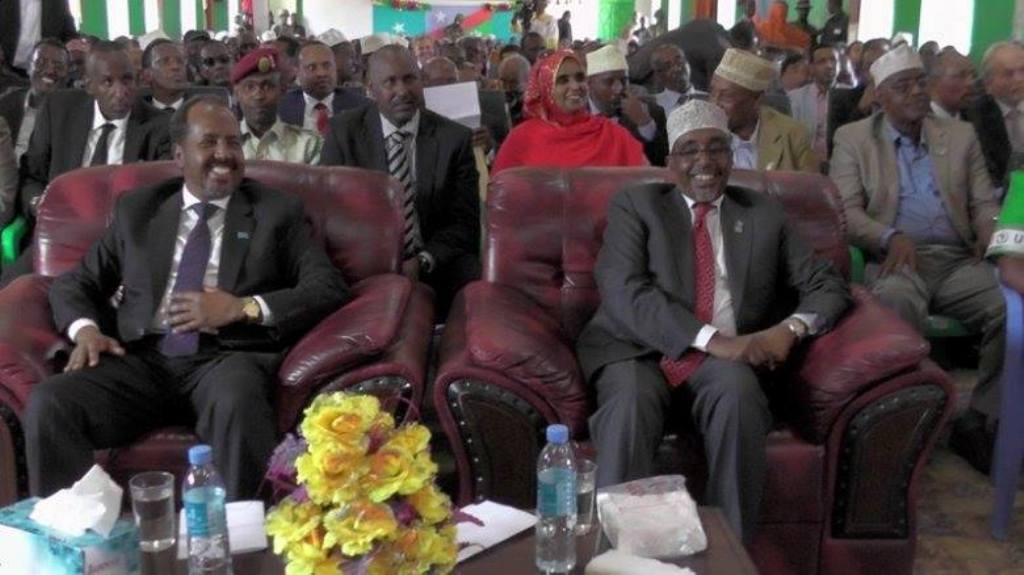 Mogadishu (HAN) December 4, 2014. Public diplomacy and National security news. Somali‬ President said during today’s inauguration of Sharif Hassan “It is an honour and a privilege to celebrate this historic day with you.

Photo: In Baidoa this afternoon with Hon.Hussein Arab Isse and Saadiq Ibrahim before the inauguration