Home frontpage Somalia & Somaliland Talks Back On later this Month 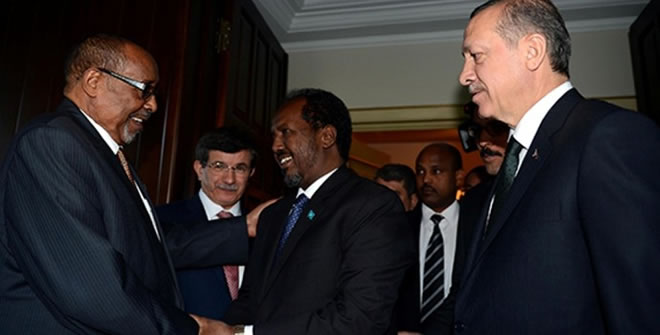 MOGADISHU (HAN) May 13.2016. Public Diplomacy & Regional Security News. Somalia has made a $1 million donation to the drought-hit breakaway northwestern region of Somaliland, ahead of controversial talks between the two sides later this month to clarify their future relations.

Mogadishu, far from one of the world’s flushest governments, has been quick to point out the donation was not designed to influence the talks in Turkey due on 31 May.

It is “not meant to gain any political sympathies, but it is brotherly responsibility to help each other in these difficult times,” said Somalia’s Deputy Prime Minister, Mohamed Omar Arteh.

Northern Somalia is facing an El Nino-related disaster. Nearly 1.7 million people out of a population of 4.6 million in Somaliland and Puntland need some form of humanitarian assistance, according to OCHA, the UN’s office for humanitarian coordination.

In some areas the drought has destroyed 60 to 80 percent of cattle, in a region where families depend on livestock for income, food and status.OCHA has appealed for $105 million to help tackle the crisis.

Relations between Somalia and the self-declared independent republic of Somaliland have historically been extremely sensitive.

The international community does not recognize Somaliland, and Somalia’s goal has always been reunification – although it does accept the northwestern territory as an autonomous region.

Somaliland has had something of a raw deal. Its rebellion in the late 1980s was answered with merciless bombing by former Somali president Siad Barre.

When he fell in 1991 and Somalia went into meltdown, Somaliland remained relativelystable.

It has a functioning government; has had held a series of elections; has recently handed out commercial oil exploration licenses; and its strategic port of Berbera is one of Ethiopia’s outlets to the sea.

Its progress is recognised by the international community, and there is the precedence of independence in Eritrea and South Sudan. But there is no appetite for Somaliland’s independence from within the African Union, and it has the lead on the issue.

Part of the impetus for formal dialogue between the two sides stems from the London conference in 2013 – aimed at consolidating Somalia’s political and development gains. But the subsequent talks always deadlocked.

“Aid exchange is a channel of communication between Somaliland and Somalia, because when brothers help each in the difficult time, they may forget their differences and continue to discuss other issues,” Mohamed Omar Dalha, a former deputy speaker and member of Somalia’s federal parliament, told IRIN.

It is not the first instance of aid-sweetened diplomacy for the two. In 2011 Somaliland sent assistance to Somalia in response to famine in its central region, and six months later direct dialogue began – for the first time.

In the past talks, held in the UK, the United Arab Emirates and Turkey, there has been agreement over the need to facilitate development projects in each other’s territories, and security cooperation.

But for Somaliland, the bottom line has always been independence. “The reason we want to negotiate with Somalia is to reach a two state solution,” said Somaliland’s foreign minister, Saad Ali Shire.

According to David Shinn, the former US ambassador to Ethiopia, regardless of that red line, there’s value in the dialogue process.

It leads to “better understanding of differing points of view and perhaps lays the foundation for more meaningful discussions [next time] somewhere on Somali soil,” he said.