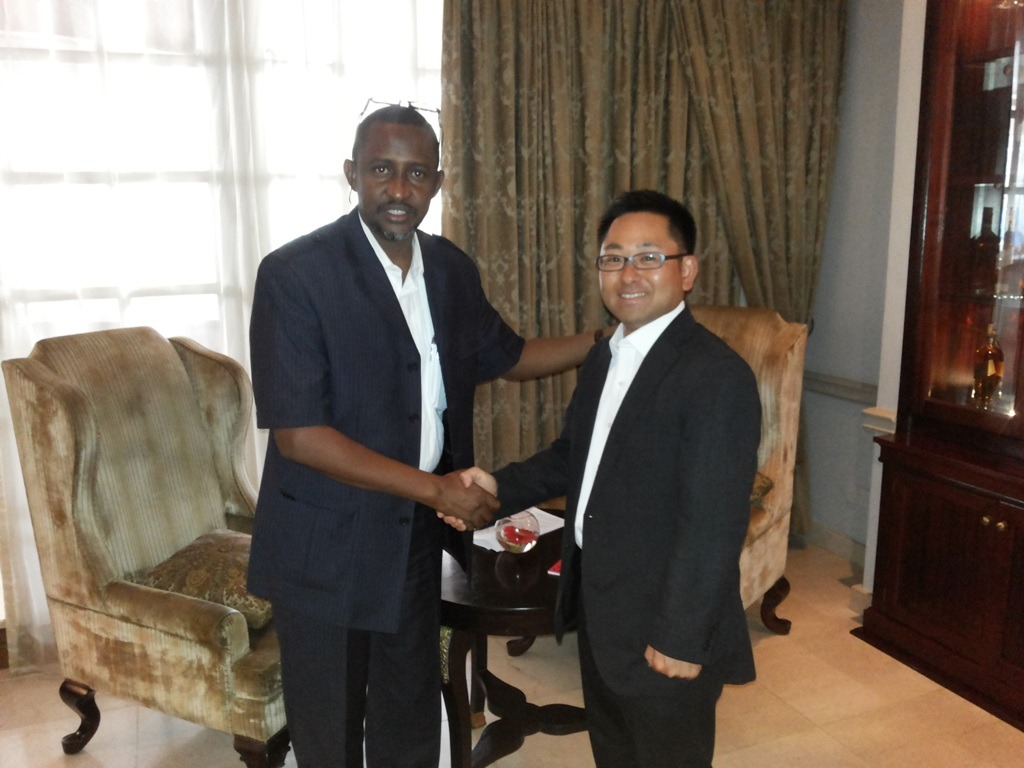 Nairobi (HAN) June 23, 2014 –  Regional Oil and Energy News update. The two giant Oil companies of Shell and ExxonMobil have begun discussions with the Minister of Petroleum and Mineral Resources of Somalia, Daud Mohamed Omar to convert the existing concession, which has been under force majeure since 1990, into a Production Sharing Agreement PSA as called for by the country’s 2008 Petroleum Law.

According to a released jointly by the Somali government and Shell, Somalia Federal Government in Mogadishu  welcomes these initial engagements with Shell and ExxonMobil. The Joint venture partners will continue discussions on areas of cooperation and the potential for exploring and developing hydrocarbon resources offshore Somalia. It is the parties’ hope that these discussions will help pave the way towards the long-term development of a sustainable oil and gas industry for Somalia, a key building block in the rebuilding of its economy.

According to a released jointly by the government and Shell, Somalia welcomes these initial engagements with Shell and ExxonMobil. The JV partners will continue discussions on areas of cooperation and the potential for exploring and developing hydrocarbon resources offshore Somalia. It is the parties’ hope that these discussions will help pave the way towards the long-term development of a sustainable oil and gas industry for Somalia, a key building block in the rebuilding of its economy.

Minister Daud Mohamed Omar said: “We are encouraged by the work that Shell and ExxonMobil are doing, and are keen to discuss the way forward on their offshore blocks. It is our hope that the joint venture will soon be able to start exploration and development activities in the country, and we believe these discussions are the first step in this process. I would hope to welcome Shell and ExxonMobil to visit Mogadishu in the near future.”

Shell Oil company Vice president of Exploration for Africa, Alastair Milne said: “I am pleased that the Federal Government of Somalia clearly recognizes the rights of existing concession holders such as Shell and ExxonMobil, and I am delighted that progress is being made in relation to our acreage.”

Strategic Oil Feild background: The Minister of Petroleum and Mineral Resources of Somalia, Daud Mohamed Omar met with the head of Shell at The Hague on June 13. The minister was in The Hague at the invitation of Shell EP Somalia B.V. who was awarded a concession for five blocks (Blocks M3-M7) offshore Somalia in 1988. Mobil Exploration Somalia Inc. (ExxonMobil) subsequently joined the concession as a 50% JV partner.

Somaliland: Reasons Somaliland rejected Agreement was based on Nigeria’s Bodo community issues with Shell. According to the Somaliland official,said, we have a legitimate concerns,since members of Nigeria’s Bodo community in the oil-rich Niger Delta have rejected what their lawyers say is an insulting compensation offer from Shell for two oil spills in 2008 that devastated the fishing community’s surrounding mangroves and waters, to protect our Somaliland environment without proper agreements and legitimate respect of our territorial integrity of Somaliland.

Nigerian and Africa communities remain largely hostile to Shell and other oil companies because of environmental damage. Some environmentalists say as much as 550 million gallons of oil have been poured into the delta during Shell’s roughly 50 years of production in Nigeria, one of the top crude oil suppliers to the United States.

It is the latest setback in talks between the Shell oil company and Nigerian 31,000 inhabitants of the area. Shell acknowledged liability for the spills five years ago, but it disputes the amount spilled and the impact on the community. It offered a much-lower settlement, which was also rejected, in 2009.

“Nigerian Bodo villagers say $46 million not enough to recuperate from oil spills of 2008. We told them in 2009 and we tell them again now, the people of Bodo are a proud and fiercely determined community,” said Chief Kogbara, a village leader. “Our habitat and income have been destroyed by Shell oil. The claim against Shell will not resolve until they recognize this and pay us fully and fairly for what they have done.”

The Somali autonomous state of Puntland has rejected a deal signed between the federal government and two oil firms, Shell and ExxonMobil.

The Director General of the Ministry of Mineral Resources and Petrol for Puntland, Mr Issa Mohamoud Farah alias Dollawaa, made the announcement

Reason, Puntland had already entered into agreements with foreign companies on fuel exploration and exploitation, asserting that it would continue engaging the same firms.

Talking to the regional energy and security reporters, such as Geeska Afrika Online, Farah reacted to details given by the Somali Director General for Petroleuma and Mineral Resources Farah Abdi Hassan.

While responding to enquiries Mr Hassan had said on Saturday that his administration entered into agreement in The Hague in the Netherlands with Shell and ExxonMobil over oil exploration.

Farah stated on Sunday that the FGS could not unilaterally enter into accords with companies dealing with Somalia’s natural resources such as fuel.

He indicated that his objection derives from the fact that the accord entered between the FGS and the Fuel Companies illustrate that exploration and exploitation include territories controlled by the Puntland authority, a semi autonomous state in Somalia.

The Director General Farah underlined that his authority had already entered agreements with foreign companies on fuel exploration and exploitation, asserting that it will continue engaging the same companies.

The Director General Farah also stated that the provisional Constitution of Somalia states that the FGS alone could not unilaterally enter into agreement with companies without the consent of the constituent states.

Photo: In Nairobi, March 12, 2014, Dr. Farah Abdi Hassan, the Director General of the Ministry of Petroleum & Mineral Resources and Mr. Yoichiro Toda, a member from Japan international Cooperation (JICA).In the meeting was discussed how JICA can work with the ministry in the areas of capacity building and environmental protection.