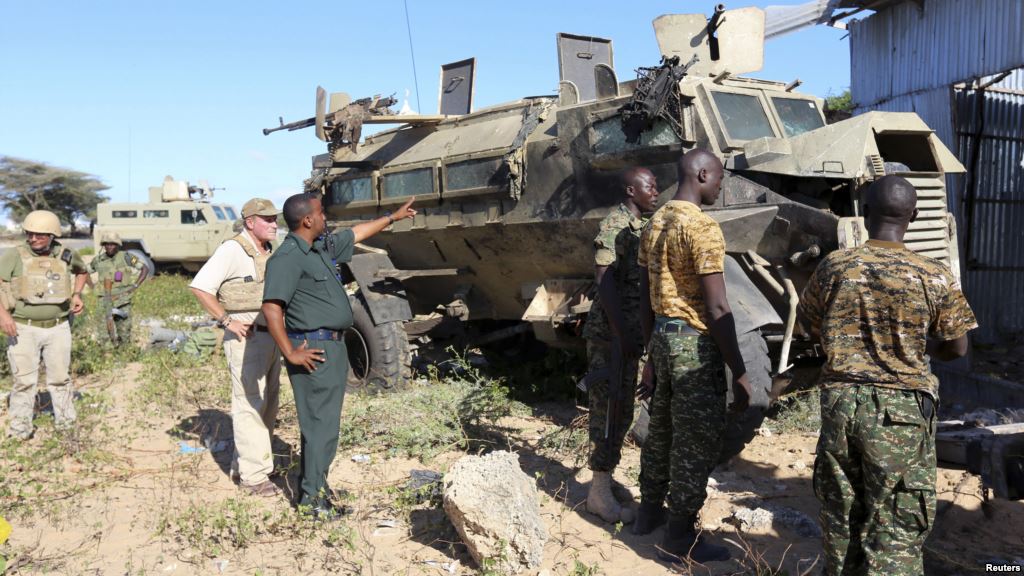 Somali National Intelligence and Security Agency (NISA) has discovered the identified bomber, as a Somali-Swiss citizen,  who carried out car bomb attack  targeted against the heavily fortified SYL hotel in Somali Capital Mogadishu.

The Somali National Intelligence (NISA) told Geeska Afrika Online Intelligence Security File,  that Mohamud Osman Jimale, is a Somali Swiss citizen who has returned from Switzerland a year ago. Mohamud Osman Jimale was the militant that detonated the car bomb packed explosive at the gate of SYL Hotel, where Turkish presidential delegation was going to meet and discuss the official visit of President Erdogan.

Somali Intelligence agency Jimale served as a leader in the collapsed Union of Islamic courts in the country in 2006 before he travelled to Europe by sea through Libya.

Al shabaab said their Thursday’s car bomb attack at the hotel was to send message to Erdogan that Mogadishu is not safe, but later Somalia govermant has confirmed that Erdogan’s visit will not undermine the SYL militant attack.