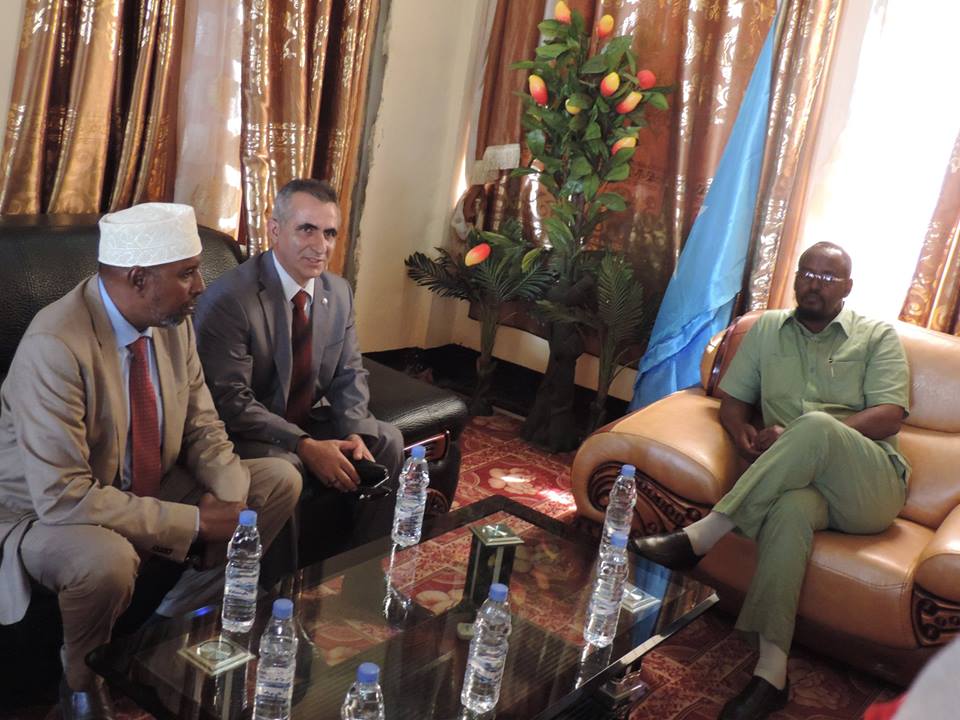 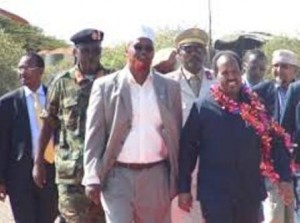 Somali government officials, representatives from IGAD, traditional elders and members of civil society groups in Lower Jubba, Middle Jubba and Gedo regions are all expected to attend the reconciliation conference.

A delegation led by Somali president Hassan Sheikh Mohamud  arrived in Kismayo, the provincial capital of Jubba region ahead of the opening of the Jubba reconciliation conference.

The president and his delegation are expected to attend the opening ceremony of the reconciliation conference for Southern Somali communities  conference.

The president and his delegation were received at the airport by the leader of the Interim Jubba Administration Ahmed Mohamed Islam Madoobe, the Vice president Abdulqadir Lugadheere, AMISOM officers, Somali ministers, IGAD officials and Business leaders.

Shortly after his arrival in Kismayo, the president and his delegation were escorted to the conference venue in Kismayo.

The security of the city has been heightened by Interim Jubba Administration security forces with the help of African Union forces in Somalia.