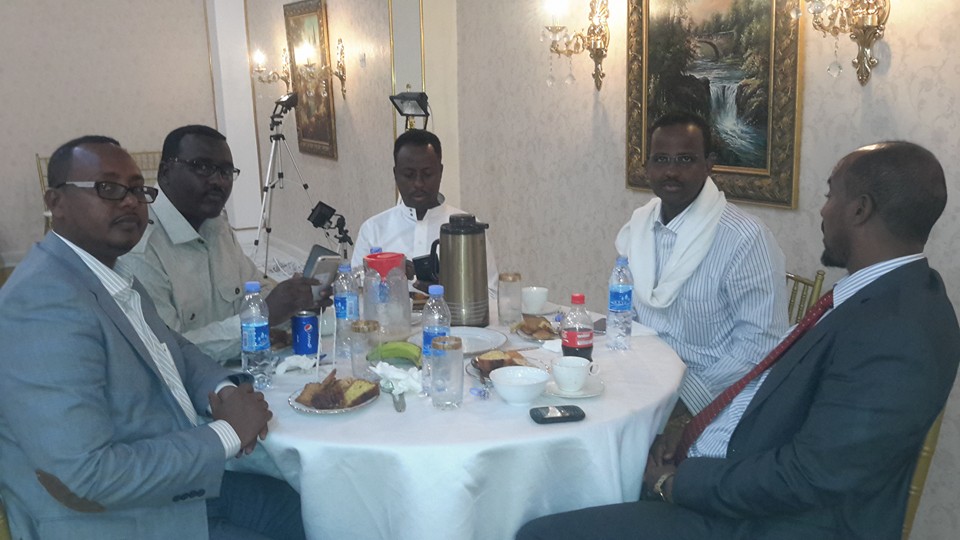 HOW do you hold an election without registering voters? That is the question confronting Somali politicians—as well as hordes of diplomats, NGOs and other international hangers-on—trying to create a functional government in Somalia, a country that has been without a functioning central state apparatus since the fall of its military regime back in 1991.

Somalia has been attempting to build a government since 2007, when an African Union (AU) peacekeeping force occupied the country, after Ethiopia had invaded it a year earlier. A provisional constitution was drawn up in 2012, and Hassan Sheikh Mohamud, a former academic and aid worker, was elected president of a transitional government. The process is supposed to culminate in an election next year to create a Somali government with support across the whole country.
Somali politics
To the surprise of no one involved, Mr Hassan announced in July that a one-man, one-vote election next year will not be possible after all. He cited the continuing fight with al-Shabab, a jihadist group linked to al-Qaeda, and the need to maintain national unity. That the government is incapable of conducting a vote in most of the country was obviously also a factor.

Now that a traditional election has been ruled out, the most likely compromise, says Matt Bryden, a Nairobi-based analyst who was the co-ordinator of the UN’s Somalia and Eritrea Monitoring Group until 2012, will follow the “4.5” formula. Elders from the four main Somali clans plus various minority clans will act as representative electors.

That was roughly how Somalia’s parliament was appointed in 2012: a group of 135 clan elders chose 275 MPs, who in turn elected Mr Hassan. A possible tweak, says Mr Bryden, would be to involve representatives of Somalia’s ten “federal member states”, which were also created under the constitution of 2012. The idea would be to give anybody with any power a stake in the government’s success.

So far Mr Hassan is dividing Somalis more than uniting them. In August almost half of the MPs attempted (in vain) to impeach him, accusing him of corruption and incompetence. Relations between the central government and the states are just as fraught. Mr Hassan did turn up to the inauguration of the president of Jubaland, the southern strip of the country, on September 12th, to the surprise of some. But state leaders cannot be forced into supporting the central government. The autonomous region of Somaliland in the north, which is peaceful and in practice an independent country, will ignore the entire process.

While negotiations go on, the 22,000 troops deployed under the aegis of the AU have been fighting a costly war with al-Shabab. The militants have now been kicked out of almost all urban areas, but they maintain support in large parts of the countryside and are still capable of launching brutal attacks. At night “they roam half of Mogadishu”, says Cedric Barnes of International Crisis Group, a Brussels-based NGO. On September 1st al-Shabab fighters briefly overran a Ugandan AU base, killing dozens of soldiers and taking more captive; the exact number of casualties is disputed. That attack was just the worst of several to have occurred in recent months. This week a car bomb at the presidential palace killed at least four people.

Western diplomats, arguing that political instability helps fuel al-Shabab’s violence, are openly frustrated by the slow progress of negotiations. On September 8th America opened a new embassy for Somalia—in Nairobi, neighbouring Kenya’s capital. But there are few levers to force agreement. Pulling back the AU forces and cutting the UN spending that helps sustain them are the only chips the peace-seeking diplomats have. With al-Shabab still strong, few would want to do that. Instead, the discussion drags on.

Photo: In Mogadishu, the federal Somalia minister for interior and federal affairs, Odowaa convinced Puntland leaders to be part of the federal government’s strategic plan to re-organize unity and stability