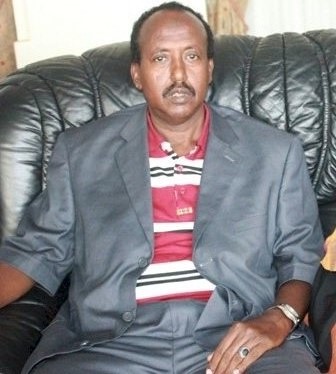 Mogadishu (HAN) November 7, 2015 – Public Diplomacy and Regional Security and stability Initiatives News. A member of parliament has been shot  and dead in Mogadishu.
The assailants shot at close range. Mr Gurxan, and other bodyguards and his driver were also attacked. The motive for the MP attack, condemned by the Somali president and the leader of the parliament Mohamed Osman Jawari, remains unclear.

The Somali national Security official told HAN agency that, said, an assassinations attempt was made today, after Mahamed Ahmed Gurxan, a member of Somalia Federal parliment was wonded and died later  in Mogadishu, after gunmen targeted and opened fire.

It is not the first time that, The down town market attack assassinations, against Somali officilas, as a number of other related people were also wonded in that attack.
Mogadishu Police officer said that Mahamed Ahmed Gurxan had been wonded when gunmen in a car blocked his route and sprayed with bullets.

“He was a man that has long served his people and wanted to see a united Somalia,” said speaker of parliament Mohamed Osman Jawari told Geeska Afrika Online reporter in Mogadishu.

There was no immediate claim of responsibility but the killings are the latest in a string of assassinations of politicians in the war-torn country.