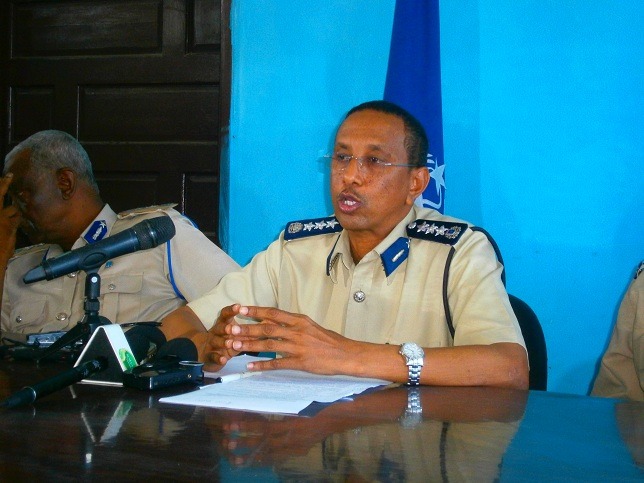 “Only the president of the Somalia federal government can remove me from the office of Somalia national police commander” said General Abdihakim in Mogadishu thus an official disregard of the sacking effected by Prime minister Abdiweli Sheikh Ahmed Mohamed.

The Somali-Canadian General Abdihakim Dahir Saa’ed who have a full support from a large segment of police force, Somali lawmakers, politicians and citizens continues to run police operations, with officers happy to fulfill his commands and related orders while his replacement keeps watch at the gates of police headquarters in Mogadishu.