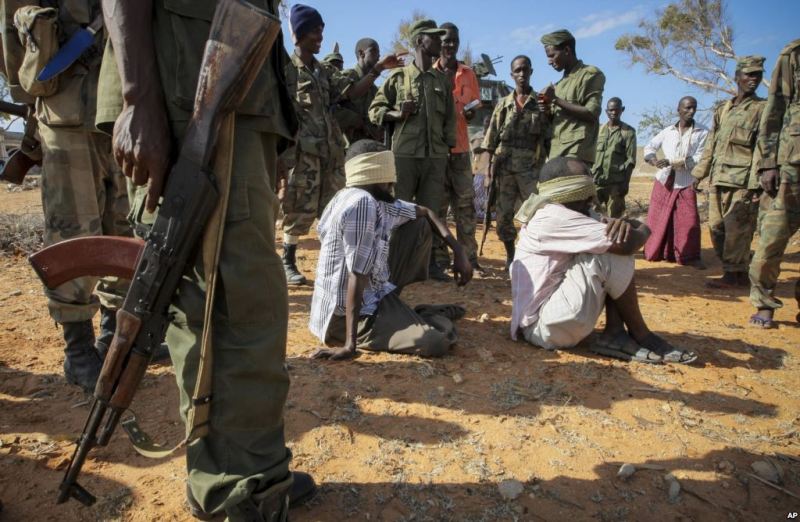 As territory shifts from Al-shabaab militants to Somali federal government authority, civilians as usual pay the heaviest price. The president has already blamed al-Shabab for exacerbating a drought by blocking trade and movement near areas it controls.

According to International relief organization and NGO, tons of basic food meant for those on the brink of starvation in the south is locked in warehouses in the Somali capital, Mogadishu.

Somali government forces backed by African Union troops in Somalia has announced their last operation termed “Indean Ocean” intended to act as the last flash out operation against the Al-qaida linked militants in the country.

The joint allied forces have captured VIllages which are west to Jowhar city, the regional capital of Middle-Shabelle region on sunday evening after the militants have withdwrawn from the villages ahead the joint forces’ arrival at Fidow.

“Our operation is going smooth so far and we are after the Al-Shabaab fighters with support militants and our military strategy is to track them down anywhere they are in Southern Somalia, because they have lost ability and tactics to face allied forces”, Said Somali-Canadian commando commander in Somalia, Gen. Hassan Askari.

Somali army officials told the Geeska Afrika Online in Mogadishu that two divisions of Al-Shabaab fighter, simply turned and ran in the face of the assault by an Allied Somalia forces (AMISOM and SNA). Sonali national army with AMISOM roamed freely on Sunday through the streets of Southern Somali villeges, openly surprised at the ease with which they took Al-Shabaab’s second largest city, Buule-Mareer, after three days of sporadic fighting accross region.

Al-Shabaab militants released footage of large numbers of weapons and armoured vehicles being received by members in eastern zones of Barawe, confirming fears that the looted weapons of Al-shabaab would fuel the insurgency defeat on both sides of an increasingly irrelevant borders between Ethiopian and kenya.

Photo: Alleged members of Al-Shabaab are blindfolded and guarded at military zone by soldiers of the Somali National Army.