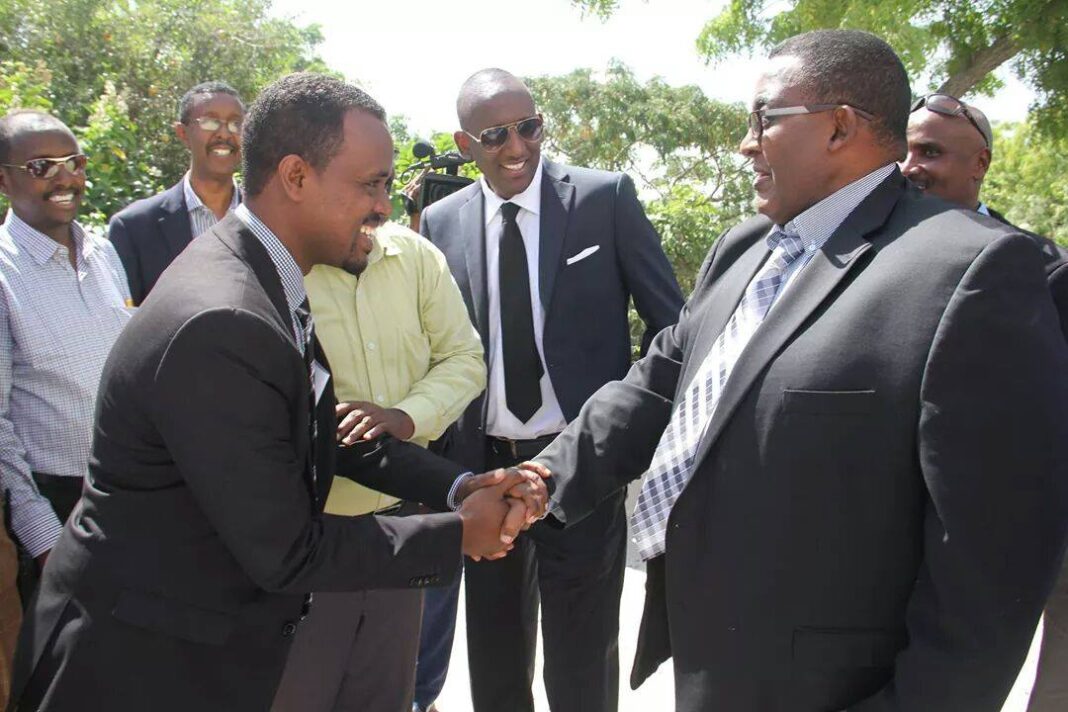 According to Geeska Afrika Online source, the Somali House Speaker, Jawari asked Omar Abdirashid Ali Sharmarke – a well-regarded young Prime Minister,  who is not tainted by allegations of corruption that plagued the former government – to form a new cabinet and dismiss his last week 26 member cabinet and remove, Abdikarim Hussein Guled, the new Minister of Interior and Hussein Abdi Halane, the Minister of Finance.

After chairing his inner cabinet meeting, the prime minister, Omar Abdirashid Ali Sharmarke  said the coalition existed for a “good reason” – to tackle the challenges facing the current government.

It was not immediately clear whether the opposition group would be satisfied with Friday’s ouster of the whole new members of his cabinet, who had been lightning rods for criticism, against Abdikarim Hussein Guled, the new Minister of Interior and Hussein Abdi Halane, the Minister of Finance.

Omar Abdirashid Ali Sharmarke, a key U.S. ally, has come under pressure in recent weeks from protests by a coalition of Parliamentarian, secular opposition groups and a group of retired politicians who have called for sweeping political and economic reforms within the current cabinet.

Shamarke? who was prime minister in a previous administration? and his Cabinet face major challenges including an insurgency by extremist group Al-Shabaab and rebuilding Somalia from decades of conflicts within tribal and regional sources.