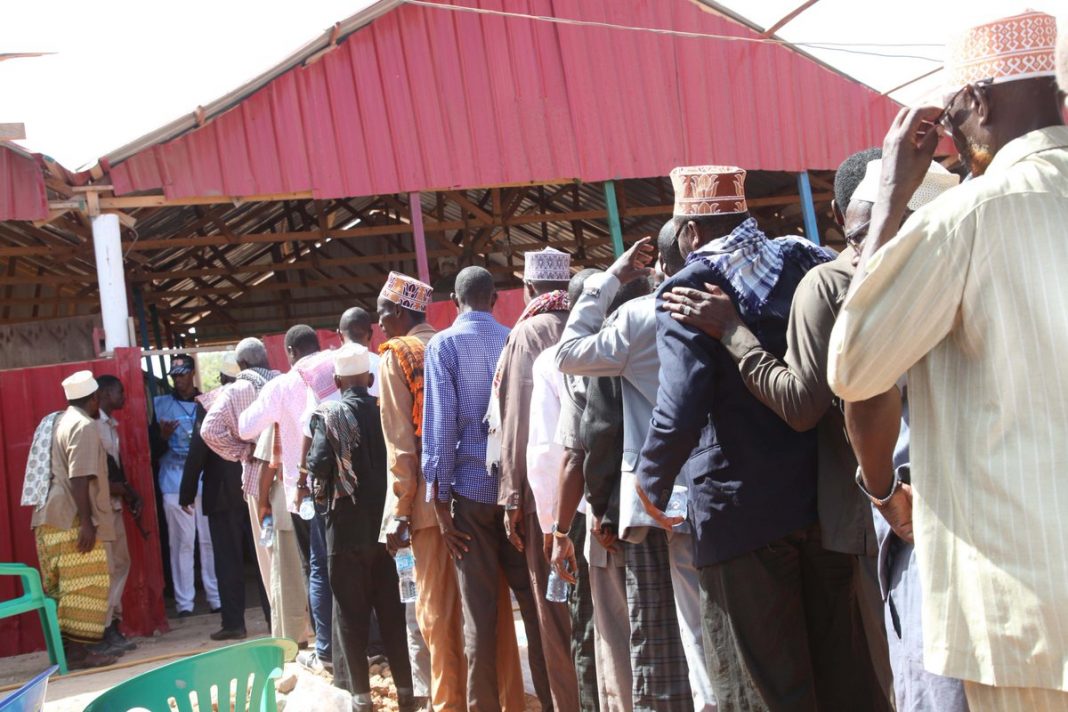 JOWHAR (HAN) November 17.2016. Public Diplomacy & Regional Security News. Eight members of parliament (MPs) were elected to seats in the House of the People allocated to the recently formed HirShabelle state as voting for the lower chamber kicked off in the state capital of Jowhar today.

The MPs-elect include two women candidates, the former Minister of Women and Human Rights Khadija Mohamed Diriye and Hif Hassan Aden. Sixteen women candidates have been elected to the House of the People since voting began on 5 November.


The former Justice and Constitutional Affairs Minister Farah Shiekh Abdulqadir was also elected in today’s balloting in Jowhar and expressed optimism that Somalia would be ready to conduct a universal suffrage election in 2020.

“I wish for peace and prosperity for our country, and I promise to serve my country and my people fairly,” said Mr. Abdulqadir. “I hope that come 2020, we will have one-person, one-vote elections (in order to) seek a full mandate from the entire country.”

The victorious candidates in the HirShabelle voting included Abdirizaq Omar Mohamed, the current National Security Minister in the federal government.

Today’s balloting leaves HirShabelle state with 29 seats still to be decided out of a total of 37.

In Baidoa, the administrative capital of South West state, the federal Minister of Labour and Social Affairs Abdiweli Sheikh Mudey won the only seat that was voted on today.

“I’m extremely happy not only because I have emerged the winner, but also because of the design of the 2016 electoral process, where candidates from every region get to experience the voting process in their own districts,” said the minister.

In Cadaado, the capital of Galmudug state, eight more seats were filled today, bringing to 13 the number of MPs elected to the House of the People from the state.  Another 23 seats are still to be decided in Galmudug.

“I am happy that all the regions of Somalia are peacefully engaged in this electoral process,” said MP-elect Sadiq Abdikarim. “That is progress for our country. I hope that the incoming parliament will be one that works for the people and ensures the country gets out of its current problems.”