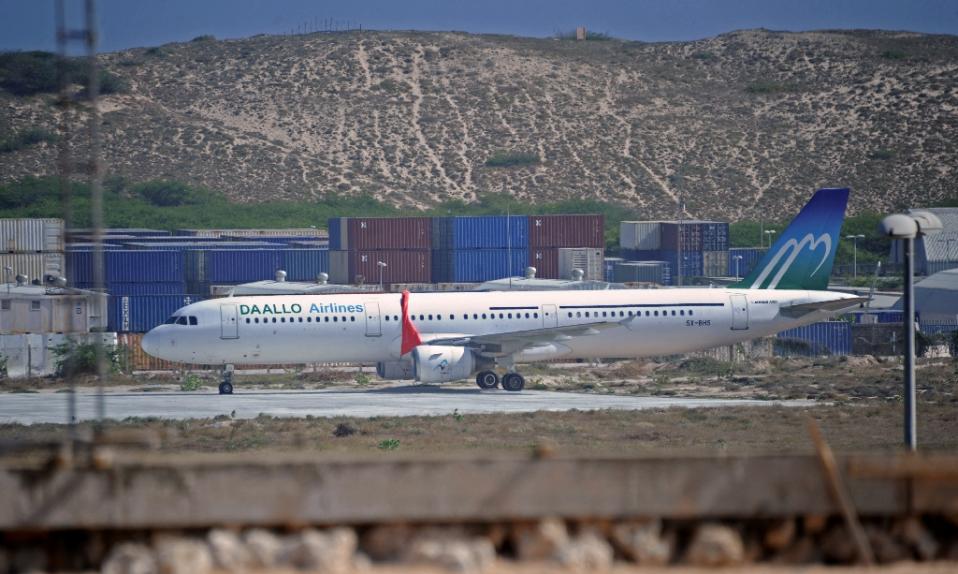 MOGADISHU (HAN) May 30.2016. Public Diplomacy & Regional Security News. By Feisal Omar and Abdi Sheikh. A Somali military court sentenced 10 people it said were behind a bomb blast that blew a hole in the fuselage of a plane bound for Djibouti in February, a senior government official said on Monday.

In the incident, a suspected suicide bomber was sucked out of the Daallo Airlines plane through a one-metre (one-yard) wide hole when a blast ripped open the pressurised cabin in flight, officials said.

The plane made an emergency landing in the Somali capital Mogadishu. Somalia’s al Shabaab insurgents said they were behind the blast.

Mumin Abdullahi, the deputy prosecutor for Somalia’s national security forces, said among those sentenced were a security officer and an al Shabaab member who bankrolled the attack.

“Abdiweli Mohamed, the security head of the civil aviation, and Areys Hashi, who was the funder but absent, were sentenced to life imprisonment by the court,” Abdullahi told Reuters by phone.

“Areys Hashi is a member of al Shabaab who funded the operation,” he added.

Abdullahi said eight others who worked in a range of jobs at the airport, including security screeners, a police officer, a porter and immigration officers were sentenced to jail terms ranging from six months to four years.

Five others were acquitted, Abdullahi said.

In February, Daallo’s chief executive said the bomber was meant to be on a Turkish Airlines flight that was cancelled due to bad weather.

Daallo had picked up the 70 stranded Turkish Airlines passengers to fly them to Djibouti, including the suicide bomber. In total, the flight had 74 passengers.

Al Shabaab, which wants to topple the Somali government and impose a strict version of Islamic law, has targeted the airport in the past. It has also attacked the Turkish embassy in Mogadishu.