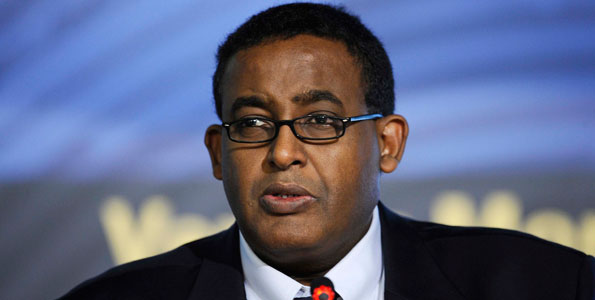 NAIROBI (HAN) April 24, 2015 – Public Diplomacy, Regional defense and Security News. Somali and African forces aim to drive al Shabaab Islamist militants out of one of the last major tracts of territory in southern Somalia that the group still holds and which it uses to launch attacks, the Somali prime minister said on Thursday.

Omar Sharmarke also told Reuters he was pressing Kenya to reopen Somali money transfer firms that are a lifeline to many in Somalia but whose licences Nairobi suspended after al Shabaab raided a north Kenyan university this month killing 148 people.

Al Shabaab has been driven out of major towns and coastal strongholds since an African Union peacekeeping force and the Somali national army launched an offensive last year.

But the group, which wants to topple Somalia’s Western-backed government, still holds rural areas, such as the Juba valley corridor that leads to the strategic southern port of Kismayu, where a Kenyan contingent of AU troops is based.

“There is a corridor they use as a launching pad,” Sharmarke said in an interview. “There are efforts to close down this corridor which they have been using for the last few years.”

He did not give a timeline for any new operation.

To keep militants out of Kenya, Somalia’s southern neighbour is improving border security, including building new observation posts and barriers, often referred to as a “wall”. Sharmarke said rooting out the militants was a better tactic.

“We have to close the vacuums they use as a launching pads rather than put a wall between families and communities,” Sharmarke said in Nairobi after talks with Kenyan Foreign Minister Amina Mohamed.

The Somali prime minister also said Kenya was working on new regulations so Somali money transfer firms, known as “hawalas”, could be reopened, adding Kenya’s central bank was leading the process. He said temporary measures were being considered while permanent rules were being drawn up, but did not indicate when the transfer firms would be permitted to reopen.

“Millions depend on hawalas and there are now efforts to see whether, in the interim, these hawalas could be opened.”

Kenya’s central bank had no comment on the remarks but referred to an earlier statement that noted concerns about informal remittance firms and “the global challenges of money laundering and terrorism financing.”

Many of the remittance firms have also been shut down in the United States and other Western nations because of rules aimed at preventing cash reaching al Shabaab.

Sharmarke said he planned to visit Washington in the next few weeks to discuss the issue, while his government planned to push through new Somali anti-money laundering legislation.

Kenya has also announced a three month timetable to close Dadaab, a camp where some 335,000 Somali refugees are housed.

Sharmarke said any action to repatriate the refugees should be done responsibly and only when it was safe. A botched repatriation would help the militants by alienating people, he said.

“We cannot play into the hands of al Shabaab and other terrorists out there. We should not create political discontent out of this repatriation,” he said. Reuters