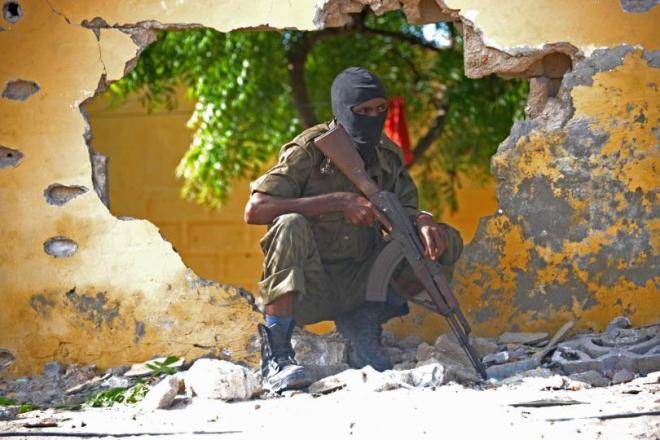 “Support in peacekeeping operations is one of the possible aspects of strengthening our armed forces. It is highly important for us to strengthen our law enforcement agencies to fight terrorism. Therefore, we would like to request such support from you,” Sharmarke apparently said at the meeting in Moscow. “We expect closer Somalia-Russia cooperation.”

“I know that during your visit to Russia, you would like to talk in particular about equipping the Somali security forces with all that is necessary to fight terrorists,” he reportedly told Sharmarke in Moscow. “Such an approach is fully consistent with the interests of the international community, in line with the U.N. Security Council decisions and Russia will be ready to consider a request on the matter.”

Al-Shabab, whose name means “the youth,” emerged in 2006 from the now-defunct Islamic Courts Union, which once commanded Somalia’s capital of Mogadishu. The Sunni extremist group launched its own insurgency on major Somali cities in 2009, taking control of Mogadishu and southern Somalia until it was pushed out by domestic and international forces around 2012.

Al-Shabab regularly targets officials in its efforts to topple Somalia’s Western-backed government as well as civilians and non-Muslims. Although it’s based in Somalia, al-Shabab also has launched deadly attacks in neighboring countries.

Many areas of south-central Somalia are still under al-Shabab’s control, and the militants have increased efforts in recent months to recapture lost territories.

Decades of civil war has also ravaged much of Somalia’s economic infrastructure, institutions and government structure, according to the World Bank. Clan warlords have battled for power in the East African country since the collapse of a military dictator’s regime in the early 1990s.

After years of interim authority, a federal government headed by the president and parliament was established in 2012. But Somalia’s internationally recognized government has failed to assert central authority over the nation which, coupled with high unemployment, has created a nice for piracy and armed groups.