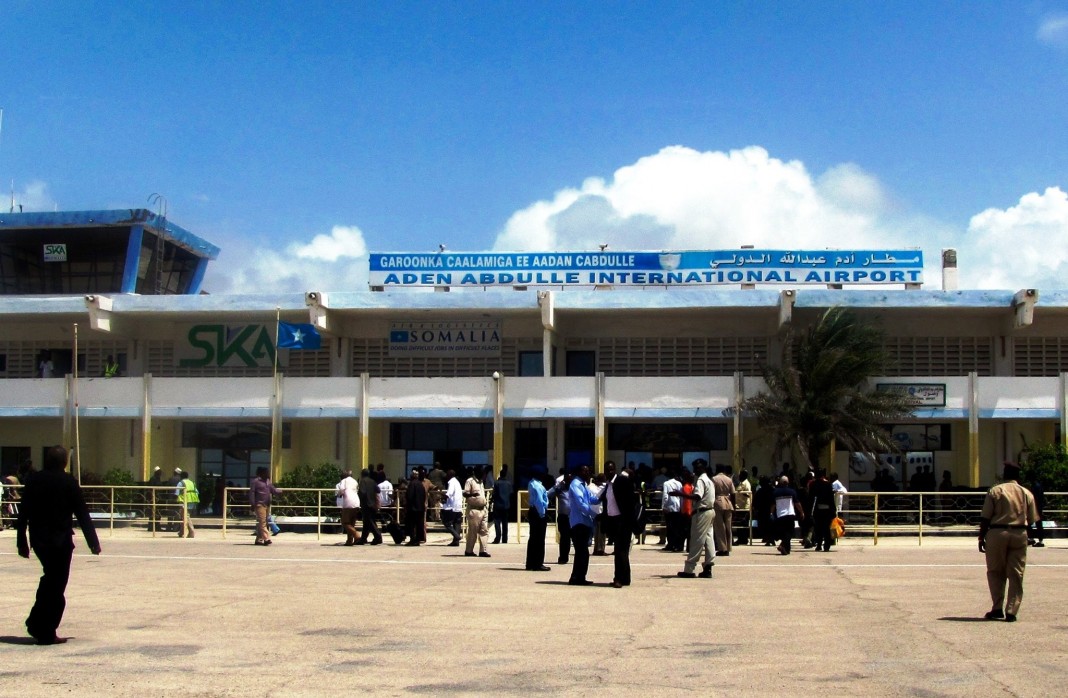 MOGADISHU (HAN) February 11, 2016 – Public Diplomacy and Regional Stability Initiatives News. Security has been beefed up at Mogadishu’s Aden Ade Airport barely days after a flight with the country’s Daallo airlines made emergency landing following a suspected bomb inside the plane Tuesday.

In a move aimed at enhancing security of the airport, the African Mission to Somalia (AMISOM) Saturday handed over a newly built police station at the airport to the Somali government.

Speaking during the handing-over ceremony, AU Special Representative to Somalia Ambassador Francisco Madeira reiterated the need to reinforce security of the airport, noting that it was a possible terrorist target.

“Like other airports across the world, this airport presents a potential target for terrorists. This Airport Police Station is therefore expected to provide a wide range of law enforcement duties,” Madeira noted.

AMISOM Police Commissioner Anand Pillay said there was urgent need to ensure the safety of the airport to bolster confidence among visitors and users of the facility.

“Having a professional policing capability at the Airport will create the feeling of safety and security of the locals and visitors entering Somalia,” Pillay said.

On his part, Somali Police Chief Mohamed Sheikh Hamud said the new police station will greatly contribute towards security and safety of the airport.

“We are delighted with the opening of this police station, and we thank AMISOM for their efforts to help strengthen security and wish this will contribute to improved security situation at the airport,” said the police chief.