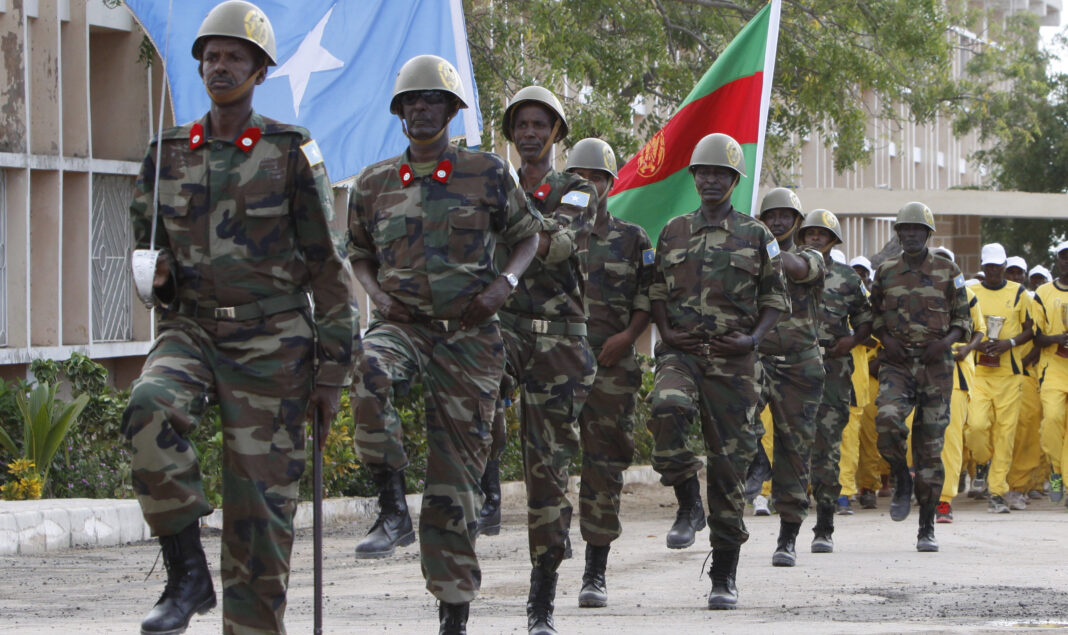 MOGADISHU (HAN) February 13, 2016 – Public Diplomacy and Regional Stability Initiatives News. On 16 September, in Mogadishu, Federal Government of Somalia in partnership with UNSOM and the World Bank facilitated a one-day workshop of the Somali Reference Group to deliberate on the initial findings of the World Bank/UN Somali Security and Justice Public Expenditure Review (SJPER). The SJPER is a tool to assist the Federal Government in its policy decisions by providing options on critical forward-looking issues with regards to national security and the criminal justice chain.

The review primarily focuses on providing federal and regional authorities with key analysis and options for developing sustainable, effective, efficient and accountable national security institutions. The Federal Ministries of Internal Security and Justice were in attendance alongside regional representation from the Interim Juba Administration, Galmadug Interim Administration, Interim South West Administration and Puntland. The European Union and UK representatives were also present. The presentation was well received by federal and regional counterparts, who also offered insights and recommendations on the data and analysis presented in the workshop.

Discussions mainly centered on developing cost-based scenarios and revenue projections and formulating various security models with a particular focus on the principles of long-term sustainability and affordability with regard to national security and justice sector institutions. Federal and regional partners recognized the need for delicate balancing required between international and domestic resources, a balance between the federal and regional authorities in delivering basic security services to citizens in the context of the state formation process, and the balance between sustainable military and policing institutions in the medium to long term.

Participants welcomed the road map toward the finalization and publication of the SJPER report in December 2015 and advocated for strong federal and regional engagement, particularly in the concluding stages of the review, to ensure a robust, nationally owned final document. The Reference Group proposed that the Peacebuilding and Statebuilding Goal (PSG) 2 Working Group be briefed by the World Bank-United Nations Team on the initial findings of the SJPER, in its next meeting scheduled for 28 October 2015. The participants also assured the UNSOM and World Bank of their continued support towards the finalization of the review process.