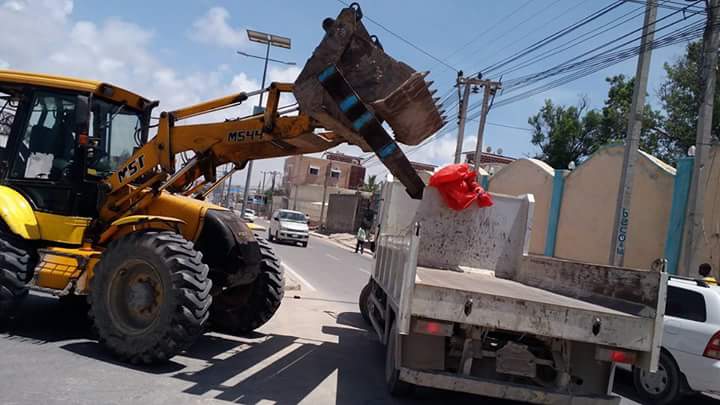 MOGADISHU. The Somali security agencies have started clearing concrete barriers in some parts of the capital Mogadishu on Monday.

The concrete road blocks were erected in the city to prevent armed group al Shabaab attacks.

The move is aimed at easing traffic congestion in the growing horn of the African nation.

According to security officials the move followed after requests from the residents of the capital to the office of the President via the Banadir governor Omar Mohamed Mohamud who pledged to remove the road blocks when he was appointed to the office on August last year.

The final decision to implement the removal of the concrete road barriers was made during a meeting between the new prime minister Mohamed Hussein Roble and senior Somali security officials.

In a bid to prevent al-Shabab attacks, the Somali government has closed key roads and restricted movement of vehicles to and from some key parts of the capital.