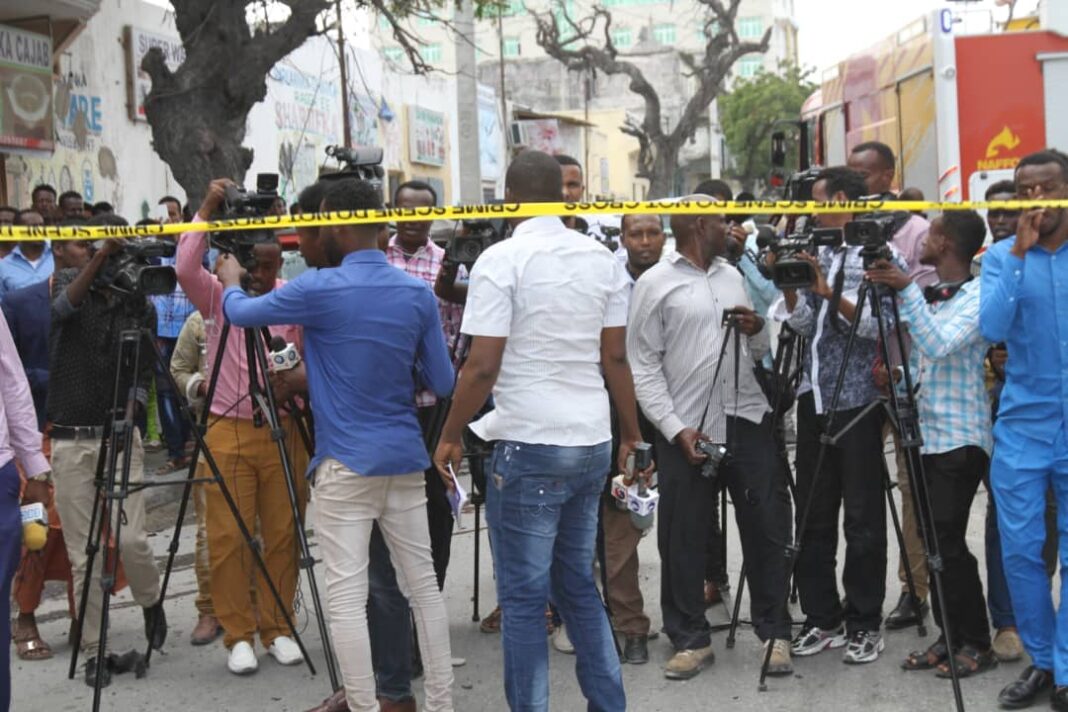 Share on Facebook
Tweet on Twitter
The draft constitution of Somalia is an agreed document which explains and legislates in lengthy  the roles of the Somali Federal Government and the  federal States and their working relationship. The political and constitutional crises in the country at the moment, could have been avoided if the Judiciary were to be set up by previous government.
According to constitution, the Judiciary is independent from the executive and legislative and it is the third pillar of  the highest institutions of land, but it is required to work with other institutions effectively. It is an important tool to serve as balance and checks within the government.
In a democratic country, the judicial branch is expected to call laws and the presidential actions unconstitutional. The fourth force, which works within a democratic environment is the free press.
Having  explained the service expected from the judicial branch and knowing that all Somali institutions are still in developmental stage with help of intentional community expertise and fund,  it is important to note that for the appointed officials working within the judicial service right now, to be careful of their public announcements.
The central point of my argument is that the attorney general who is appointed figure ought to be aware that he can not equate the role of the Somali  press in supposedly a democratic  country with criminal act of contraband and drug trafficking. It is an insult  to the public and the media profession. He can’t criminalize the media. Your statement is seen to be a political one.
It is relevant to remind the attorney general that Somali people are in a recovery stage in a bitter civil war. Last thing the public needs is that officials who lack experience and don’t understand their duties and the importance of their office to accuse the media unfairly. It is not part of your job to threaten the free media. Courts can take a legal action if there is a clear defamation or slander case. Let it be clear to all, the role of the press and its function is not in question here.
Let me remind the reader that Somalia had sighed many years ago the Universal Declaration of Human Rights. Article 19 of that declaration says,” everyone has the right to freedom of opinion  and expression; the right includes the freedom to hold opinions without interference and to seek, receive abd impart information and ideas through any media and regardless of frontiers.”
The Somali government has been reminded the role of the media in this country  in the last meeting of the Somali Partners Forum this week. At the moment, it is not a secret that there is a political and a constitutional crises in the country. This problem could have been solved if the independent Judiciary played its proper constitutional role with experienced officials.
It is on the record that the media has voiced their concern over the new media law passed by the parliament this year, despite that the position is ‘ the Somali media has every right to cover what is going on in the country without fear or favour.’ The media is NOT taking lightly the threat from the attorney  general. Moreover, he has not thought about it, by speaking this manner in public, he is bringing the government into disrepute.
Analysts believe that there are many accusation against the current administration and it is part of the duty Attorney General to advise the government on this matters. Among the accusation, the allegation that the government to have failed to work effectively with federal sates in line with constitution and that is why the country in the self inflicted crises. The government is pushing an idea to deflect from the public the real issue.  The fact is that no one in right mind can deny that country is serious in crises.
A seasoned journalist who is concerned the uncalled threat from the attorney general said,” The time of impunity is over, no matter how powerful one assumes. Scapegoating  the free press is not a right option. The government has to learn to live with the free press. Freedom of expression is here to stay regardless of the government of the day.”
By Mohamed Mohamud Adde.
The author is an academic and an independent Somali Political Analyst who is based in Mogadishu.