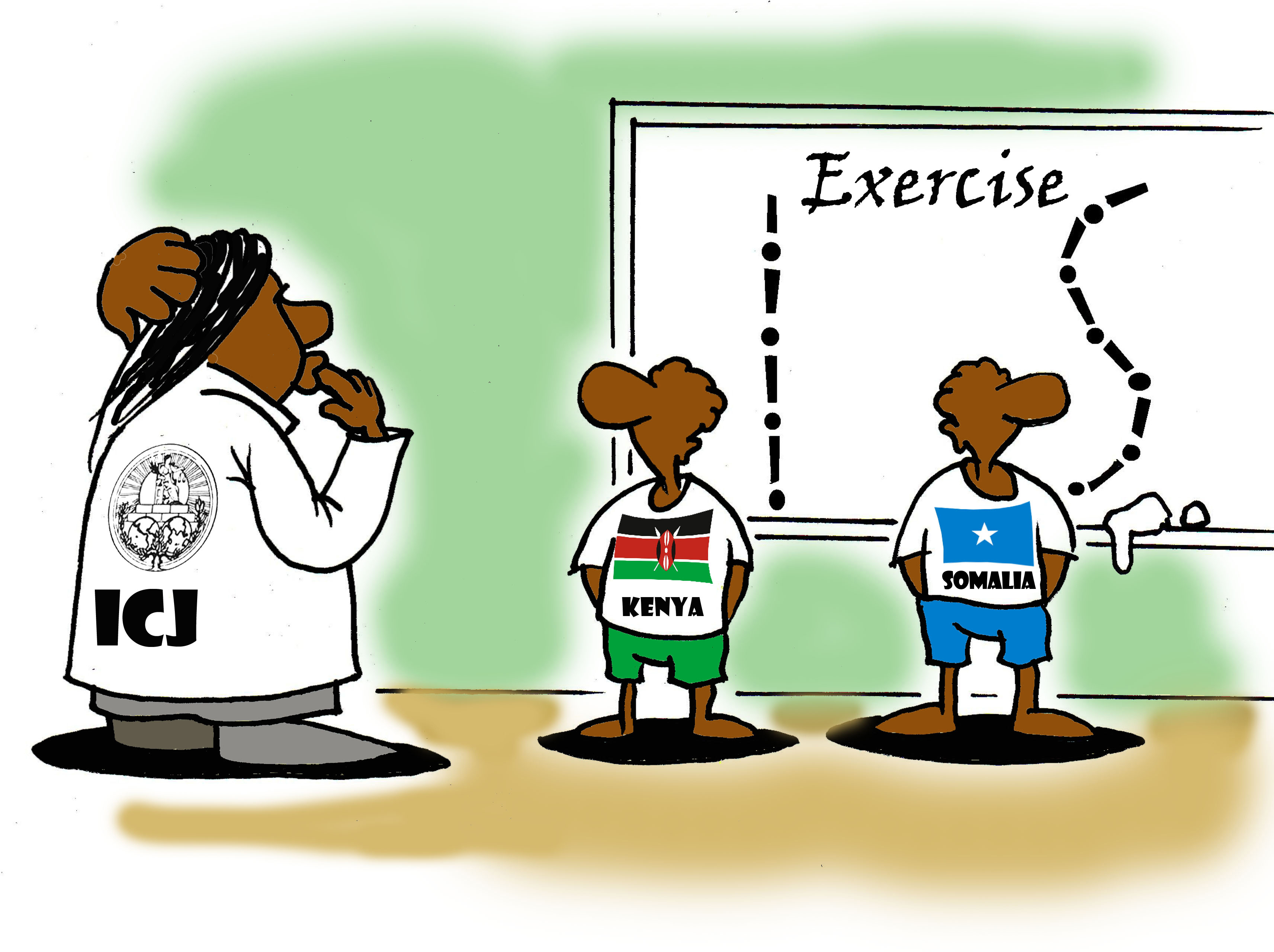 MOGADISHU (HAN) September 21.2016. Public Diplomacy & Regional Security News. By AGGREY MUTAMBO. Somalia has said the agreement it signed with Kenya six years ago was not specific on how to resolve maritime boundary disputes between the countries.

In its submission before the International Court of Justice, Mogadishu argued that the memorandum of understanding (MoU) only dealt with the outer limits of the continental shelf but did not prevent the two countries from using alternative methods to determine their borderlines.

“Even if Somalia was in breach of the MoU, which it is not, this would not preclude it from coming to the court.”

The reference to the agreement was a response to Kenya’s claim on Monday that the case Somalia has brought to the court should be dropped because it violates an existing method to resolve the matter.

Mogadishu has sued Nairobi, asking the court to determine the boundary between the two countries and argues diplomatic negotiations have failed to resolve the matter.

Kenya’s Attorney-General Githu Muigai had told the court that it had no jurisdiction to hear the case because both countries had signed an agreement to resolve the matter through negotiations.

“Kenya has not consented to the court’s jurisdiction over disputes in regard to which it has agreed to another method of settlement. In this instance, it is the MoU of April 7, 2009, that sets out the agreed procedure for settlement of the dispute that Somalia has brought before the court.” Kenya will continue with its arguments on Wednesday.