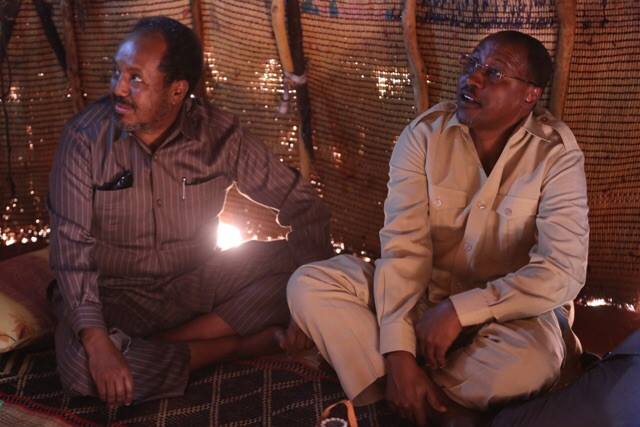 The congressmen and Senators have shown mercy and care for their fellow constituency members, which is among their tremendous responsibility to defend their voters interest and maintain their confidence. Having shown their support, the politicians are still liable to their national security agenda to make sure remittances won’t in any case facilitate financing illegal organizations, and in order to safeguard both sides they have to come up with a viable financial policy that will re-establish the Somali National Bank, through which make possible and efficient control of all financial transactions between the two country.

Dear Secretary Kerry,
We write to request a meeting within the next two weeks to discuss the development of an emergency plan to address the acute shortage of lifesaving money transmission services to Somalia, and discuss how we can move toward a sustainable, longer-term framework for facilitating lawful money transfers through transparent channels.

The timing of this meeting is urgent. Last week, the largest financial institution currently providing wire transfer services to money services businesses serving Somalia notified their money services business clients that it was going to close their accounts on February 6, 2015 amid concerns that the institution is unable to adequately manage the risks associated with its remittance accounts serving countries in Africa, Central and Eastern Europe, and parts of Asia. As a result of this decision, money service businesses serving Somali-Americans say they are in the process of either closing most branches or drastically reducing the volume of remittances they are transmitting. We understand there are few practical substitute mechanisms left for transmitting remittances. Last year, according to an international NGO, more than $215 million was sent from the U.S. to Somalia, most of which was used to meet basic humanitarian needs.

Decreasing remittances will exacerbate Somalia’s humanitarian situation. Twenty-two aid organizations recently noted that about one-third of Somali families say they would not be able to afford basic food, medicines and school fees without help from their relatives abroad. Nearly all business startups in Somalia are funded by remittances, and with nearly three million Somalis already dependent on aid organizations, eliminating the ability to send money into Somalia could throw the country and its already vulnerable economy deeper into crisis.

Decreased remittances would also present greater security risks. As Somali President Hassan Sheikh Mohamud has said, cutting off money from the diaspora could significantly strengthen the appeal of terrorism and piracy for young Somali men. A disruption in remittances could reverse the limited gains that the Somali government and the international community has made to rid Somalia and the greater Horn of Africa of terrorism.

Somalis urgently need a solution. We call on the appropriate agencies, in collaboration with community and industry partners, to formulate a short-term plan to keep a remittances pipeline open, as well as a longer-term plan to provide ongoing access to money transmissions services. For example, the State Department might be able to provide temporary remittances channels through its humanitarian programs. Financial regulators could be enlisted in efforts to facilitate solutions that build on the recommendations of State and the NSC, preserving the integrity of U.S. counterterrorism and anti-money laundering efforts while keeping open remittance pipelines through private or public mechanisms. Together, banking regulators could, if necessary, then promulgate formal joint guidance. The Federal Reserve Bank of New York could use its wire transfer service to provide remittances. The World Bank — which has done so much over the years to reduce the costs of remittances from immigrant workers in the U.S. to their family members at home — might be enlisted to help facilitate these efforts. All of these possibilities, and other creative alternatives, should be explored to find a solution to this crisis.

To protect our national security and avoid exacerbating a humanitarian crisis, we must identify an emergency solution to prevent the disruption of remittances to Somalia. We believe it is critical that every federal agency with jurisdiction on this issue must work toward formulating a sustainable framework for remittance payments as quickly as possible. We appreciate your attention to this issue, and we hope we will be able to meet with representatives of your agencies in the coming weeks.